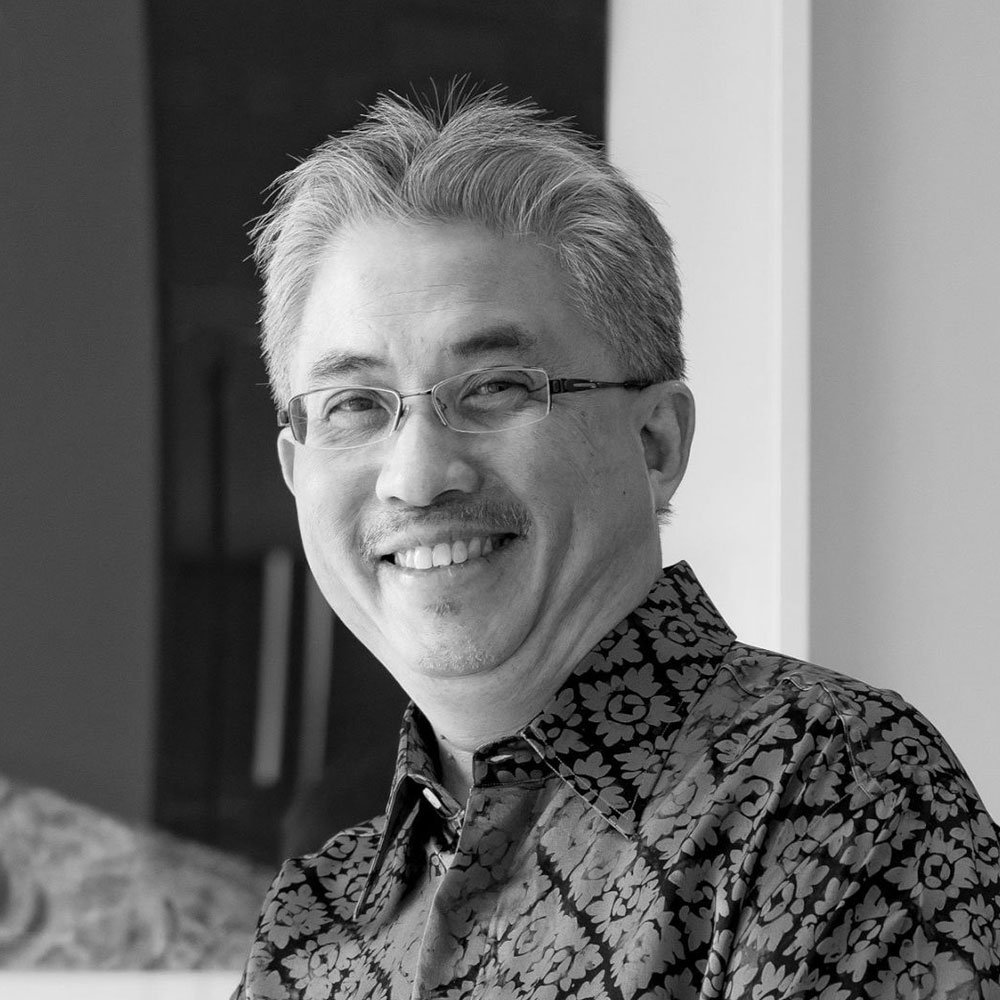 Tan Sri Azman Mokhtar is currently the Chairman of Lembaga Tabung Haji Malaysia (Hajj Pilgrims Fund Board), the Chairman of the Board of Directors of Universiti Teknologi Malaysia (UTM), the Chairman of INCEIF (The International Centre for Education in Islamic Finance) and the Chairman of the Leadership Council of the Malaysia International Islamic Finance Centre (MIFC). Between June 2004 and July 2018, he was the Managing Director of Khazanah Nasional Berhad (“Khazanah”), Malaysia’s strategic investment fund. His other current affiliations include as a member of the Global Future Council on Investing of the World Economic Forum (Davos), a member of the Steering Committee of the Global Ethical Finance Initiative (GEFI) based in Edinburgh and as a board member of MERCY Malaysia, a humanitarian relief organization. Azman was the Distinguished Visiting Fellow at the Centre of Development Studies, University of Cambridge (February 2019 to February 2021) and a Bye-Fellow of Darwin College, Cambridge (February 2019 to February 2022). His research interest is in the area of Finance and its impact on Society.

He is also currently a member of the Majlis Kebangsaan Hal Ehwal Agama Islam Malaysia (National Council for Islamic Affairs, Malaysia) and until recently, the Majlis Pemulihan Negara (National Recovery Council (for Covid-19)) and the Majlis Kemakmuran Bumiputera (Bumiputera Prosperity Council) in Malaysia. Azman is also a member of the Board of Governors of The Malay College Kuala Kangsar, an Adjunct Professor at UTM, a trustee of the Wawasan Education Foundation in Penang, Malaysia, a member of the Finance Advisory Committee of the Oxford Centre for Islamic Studies, a board member of VB Asset Management LLC, a Venture Capital Fund investing in Life Sciences in the United States and an Advisor to The Hive IV, a Silicon Valley based Technology Venture Capital fund. In early 2020, he co-founded Fitrah Capital Associates, a financial and strategy advisory firm incorporated in the United Arab Emirates.

During the 14-year period as Khazanah’s Managing Director and CEO, the institution established itself as a leading sovereign fund in the region as its net portfolio value rose 3.5x from RM33.3bn in 2004 to RM115.6bn at the end of 2017, an increase of RM82.3bn or a compounded rate of 9.6% p.a. over the period.  During this tenure, Azman, among others, spearheaded the GLC (Government-Linked Companies) 10-Year Transformation Program from 2005 to 2015, the development of the Iskandar Malaysia special economic development zone, the internationalization of Khazanah and its companies into China, India, South East Asia, Turkey, Middle East and Europe and North America, and investing into new growth sectors, notably in financial services, telecommunications, infrastructure, healthcare and technology.

Azman also founded, chaired or served on various boards of companies and national public interest bodies, including Axiata Group Berhad and Iskandar Investment Berhad. He also drove the creation of IHH Healthcare Bhd, which is today, one of the largest listed hospital healthcare groups in the world. Prior to Khazanah, he co-founded a boutique financial advisory, BinaFikir Sdn Bhd, and prior to that was the Head of Research at Union Bank of Switzerland (“UBS”), Malaysia and Salomon Smith Barney, Malaysia. He started his career at Malaysia’s national utility, Tenaga Nasional Berhad.

In addition to its core work of investing and portfolio management, Khazanah, under Azman, was recognized as a leading proponent of, inter alia, Impact and Responsible Investing, Corporate Governance, Islamic and Sustainable Finance, Human Capital Development, and Corporate Social Responsibility by implementing a holistic framework of “Building True Value” from a financial, economic and societal value creation standpoint. In this regard, during his tenure, Azman led the foundation of several notable institutions and practices, including Yayasan Hasanah, Yayasan Khazanah, Khazanah Research Institute, the Khazanah Megatrends Forum, the Trust School Program, Kembara Khazanah, Think City, Amanah Warisan Negara and Taman Tugu Park.

Azman obtained an M.Phil in Development Studies (with distinction) from Darwin College, Cambridge University, as a Chevening scholar, and a Diploma in Islamic Studies from International Islamic University Malaysia. In 2018, he was conferred an Honorary Doctor of Letters from Wawasan Open University, Malaysia. He is also a CFA Charter Holder and a Fellow of the Association of Chartered and Certified Accountants (ACCA). His professional accolades include as the Chairman of the Year 2017, Malaysia (by MSWG-ASEAN Corporate Governance), Value Creator for Outstanding CEO of Malaysia  2016 (The Edge), Most Outstanding Individual for contributions to Islamic Finance (by KLIFF, 2011) and the Special Humanitarian Award by MERCY Malaysia (2019).

From 2016 to 2018, he was elected by the World Economic Forum (Davos) to the Board of Stewards for the Future of Economic Progress and the Board of Stewards for the ASEAN Regional Strategy Group. In 2011, he was a member of the Global Agenda Council on the Role of Business of the World Economic Forum. From 2005 to 2018, he was a member and former trustee of the Asia Business Council, and until November 2019, he was a founding trustee of the Asia School of Business. Azman has also served on various public service and policy making boards in Malaysia including the National Export Council, National Innovation Agency, National Science Council, Special Economic Committee, Iskandar Regional Development Authority, Global Science and Innovation Agenda Council to the Prime Minister and the Advisory Panel to the Minister of Education.

For his services to the nation, Azman was awarded the Panglima Setia Mahkota (P.S.M.) medal by the King of Malaysia in 2008 which carries the honorary title “Tan Sri”, and the titles “Dato” (2004) and “Datuk Wira” (2017) by the states of Pahang and Melaka respectively. Born in Melaka in 1961 to parents who were teachers, he makes home in Kajang, Malaysia with Mastura Abdul Rahman, and together, they have five children.

International Centre for Education in Islamic Finance (INCEIF) (April 2021 to Present)
University and centre of excellence for Islamic Finance, Malaysia
Board member

Key deals and projects completed include, the financial restructuring of Malaysia Airlines (2002), the restructuring and strategic plan for the revamp of Kuala Lumpur’s public transport system, the divestment of an insurance subsidiary of a financial services group.

Led the investment research team at a particularly critical time for the financial markets, coinciding with the Asian Financial Crisis and SSB’s appointment as Financial Advisor to the Government of Malaysia. This period also saw the implementation of selective capital controls by Malaysia. SSB played a key role to advise Malaysia’s return to global capital markets with a bond issuance and the recapitalization of the banking system.

Led the investment research team at a record boom time for the equity market in Malaysia, prior to the Asian Financial Crisis. The UBS research team was consistently ranked among the top teams in Malaysia. Advised on several large M&A transactions.

Malaysia’s national electric utility, Tenaga Nasional and its predecessor entity, the National Electricity Board or Lembaga Letrik Negara. Joined as a LLN scholar upon graduation in 1983 to serve a 10-year scholarship bond. Held various positions in Investments, Investor Relations, General Ledgers (Management and Financial Accounts) and Information Technology. Tenaga was at that time in the early 1990s, the largest listed company on the Malaysian stock exchange, a position that they only regained more than 20 years later, when as one of Khazanah’s core holdings around the year 2016.

Board of Governors, Malay College Kuala Kangsar, Malaysia (2004 to Present)

Board of Trustees, MCKK Foundation, Malaysia (2019 to Present)

Chairman of Board of Directors, Universiti Teknologi Malaysia (April 2021 – Present)

Panglima Setia Mahkota (PSM) (2008)
The second highest level of honorary title conferred by the YDP Agong, the King of Malaysia for services to the country that carries the honorary title of “Tan Sri”

Darjah Indera Mahkota Pahang (DIMP) (2004)
Conferred by the Sultan of Pahang, one of the nine hereditary rulers of Malaysia that carries the honorary title of “Dato’”

Darjah Cemerlang Seri Melaka (DCSM) (2017)
Conferred by his home state of Melaka, it carries the honorary title of “Datuk Wira”

Special Humanitarian Award (2019)
By MERCY Malaysia, on the occasion of MERCY’s 20th anniversary

Board of Stewards for Shaping the Future of Economic Progress (2016)
Member of the System Initiative Board, appointed by the World Economic Forum (Davos)

Global Agenda Council on the Role of Business (2011)
Member, appointed by the World Economic Forum (Davos)

Adjunct Professor, Universiti Teknologi Malaysia (2015 to Present)
Under the CEO Faculty Program of the Ministry of Education

Asian Corporate Finance Deal of the Year, The Airfinance Journal (2002)
For the Widespread Asset Unbundling (WAU) restructuring of Malaysia Airlines

Chevening Award (2000/2001)
Awarded by the British government, a full scholarship to study at the Masters level at Cambridge University

Various awards and recognition as an investment analyst /Head of Research (1994-1999)
By various publications and surveys including Asiamoney, Institutional Investor, Euromoney and Reuters when at UBS Malaysia and Salomon Smith Barney Malaysia 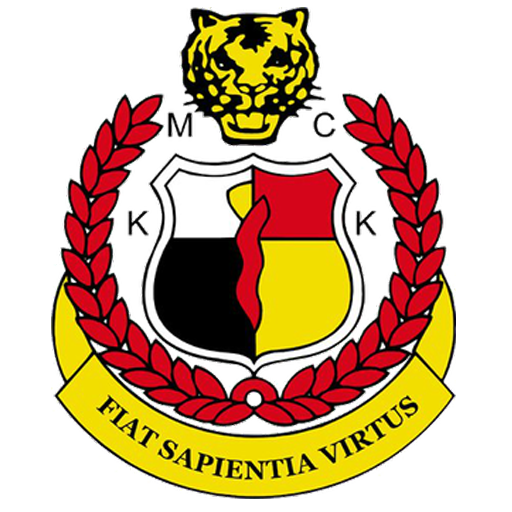 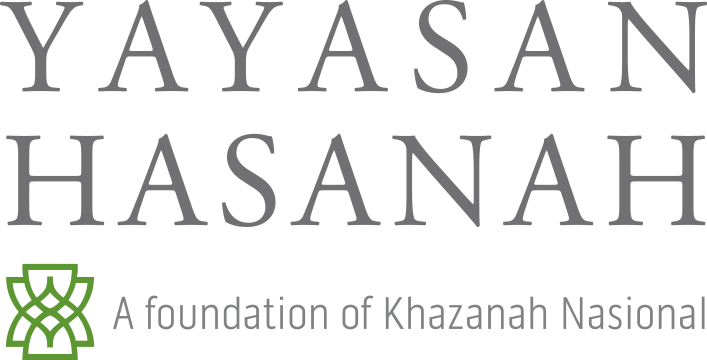 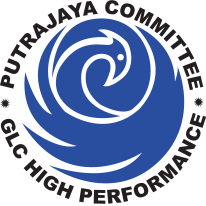 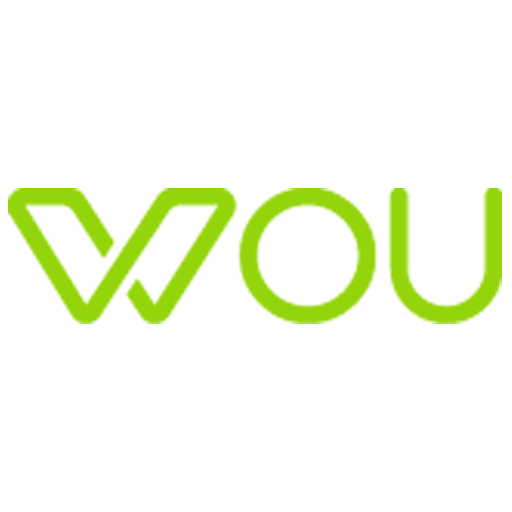