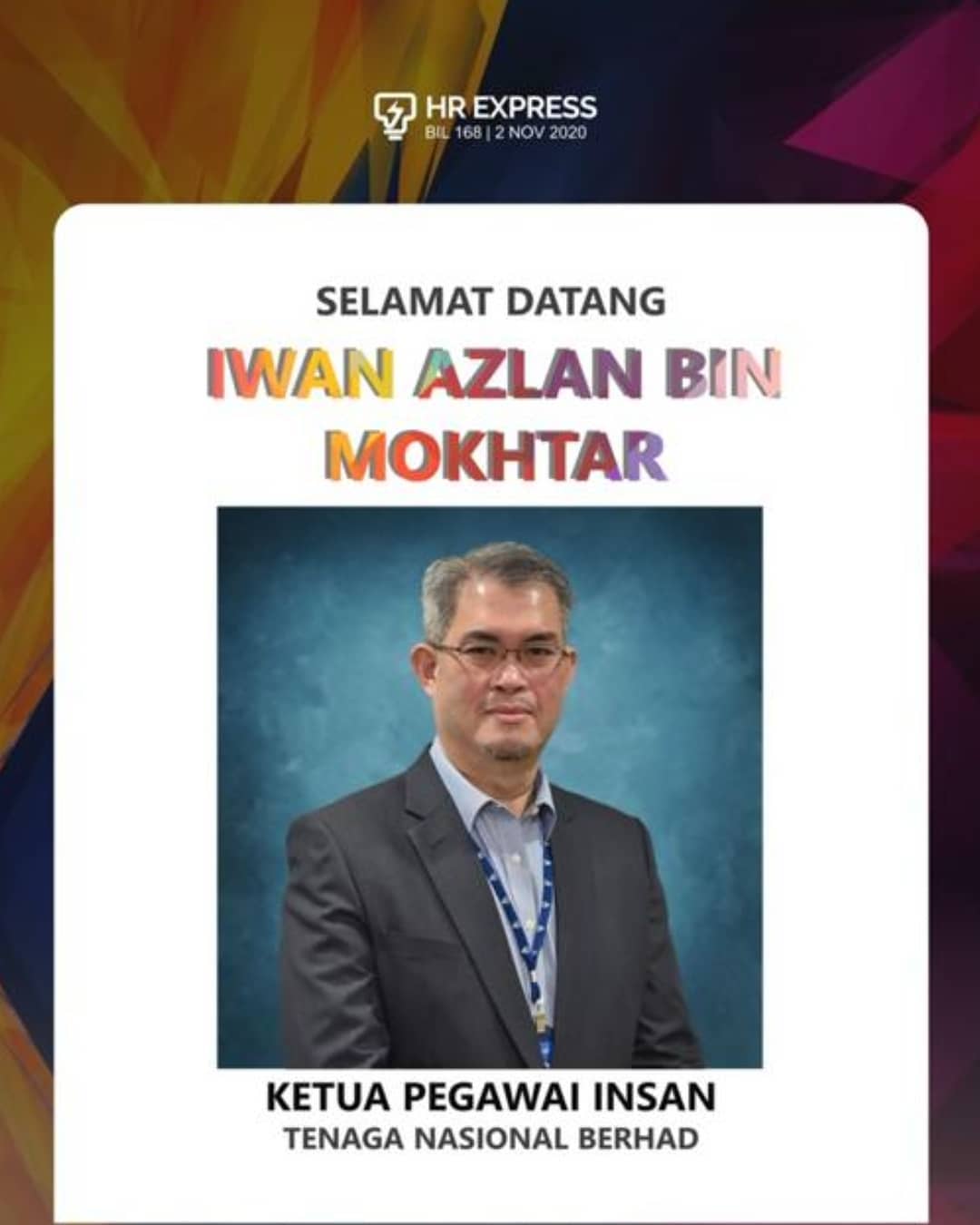 All the very best to Iwan, my kid brother, who starts at Tenaga today as Head of HR. Iwan is the same vintage as Tenaga President and CEO, Dato Sri Amir Tun Azizan. They were colleagues at Shell early in their careers, and then at MISC. Iwan comes to TNB from another listed company, MISC, in the Petronas Group, where he was also the Head of HR.

A bit of a full circle for our family; I took a Lembaga Letrik Negara scholarship in 1979 to go to the UK to study accountancy. Graduating with an ACCA in 1983, served LLN/TNB and the scholarship bond, leaving in 1994 to enter investment banking research. Returned in 2004 and served on the Board of Directors for 3 years as the representative of Tenaga’s major shareholder, Khazanah.

The 80s and early 90s were professional formative years for me, and for TNB, a a period of rapid growth in its business and powering national development. KWh growth was running at 15% p.a. at that time, double the national GDP growth rate. During this time also saw the corporatisation of LLN and then its listing as Tenaga Nasional in the early 90s. Instantly, it became the largest company on the stock exchange and one of the largest emerging markets companies in the world. While growth has much moderated now, Tenaga remains one of the largest on the Bursa, a blue chip holding and a critical national company.

Culturally, shared a tip with Iwan that a key to understand Tenaga is to remember that its not just a company, but rather its like a mini country altogether with its own set of traditions and cultural norms. In my years at LLN/TNB, among the memories that stand the test of time was its cultural traditions – playing rugby at the Kilat Club (interestingly, LLN would play vs other states!), the senior officers association, the Balai Islam folks, the obligation expected of young officers to teach pro bono the non executives who wanted to improve themselves, and the training sessions and bonding at ILSAS. In hindsight, this really prepared me in the Khazanah job of overseeing GLCs as we can ditto similar cultures in the likes of TM, MAS, MAHB and so on.

All the very best An. More Insan than Insane InsyaAllah. 😂🙏🏼💡