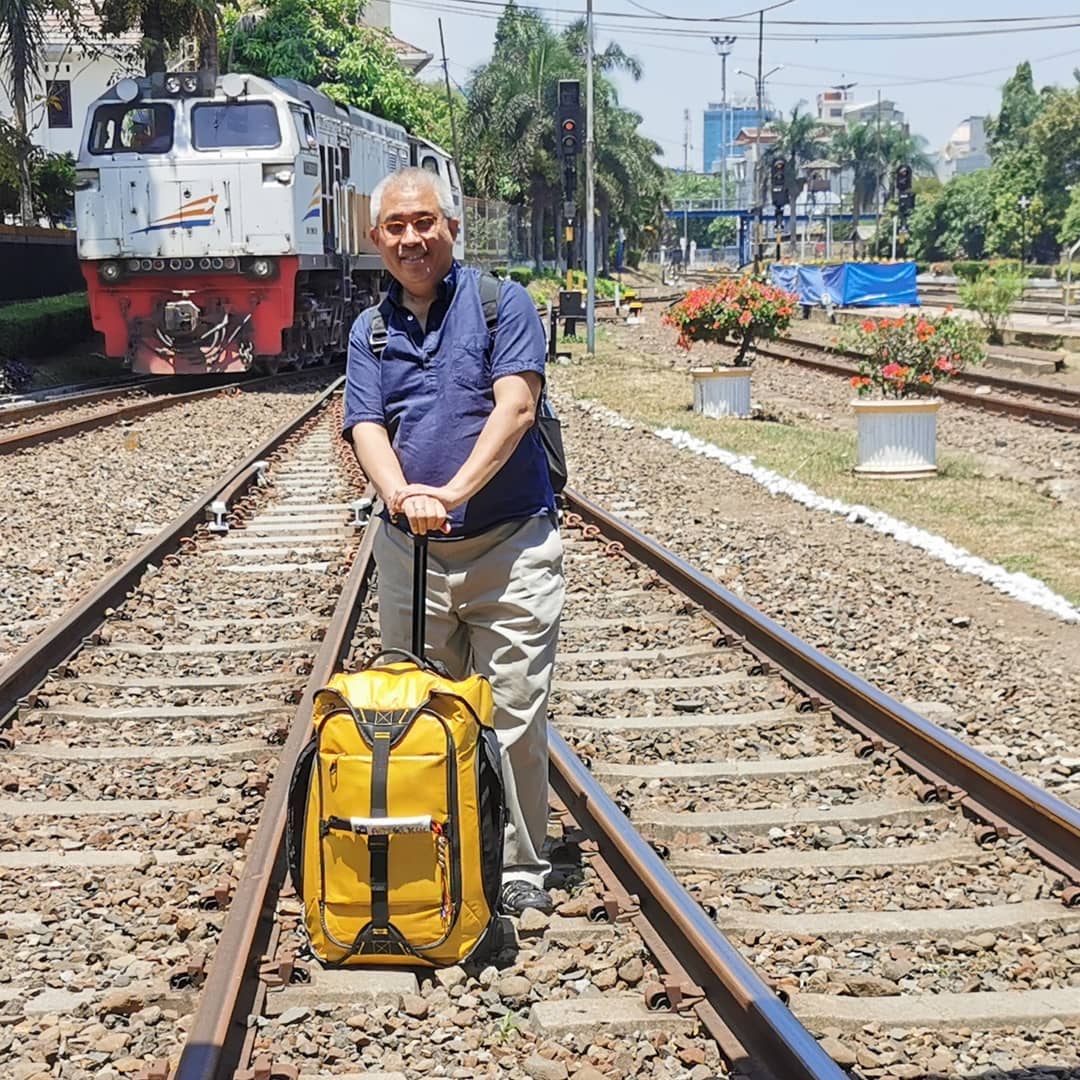 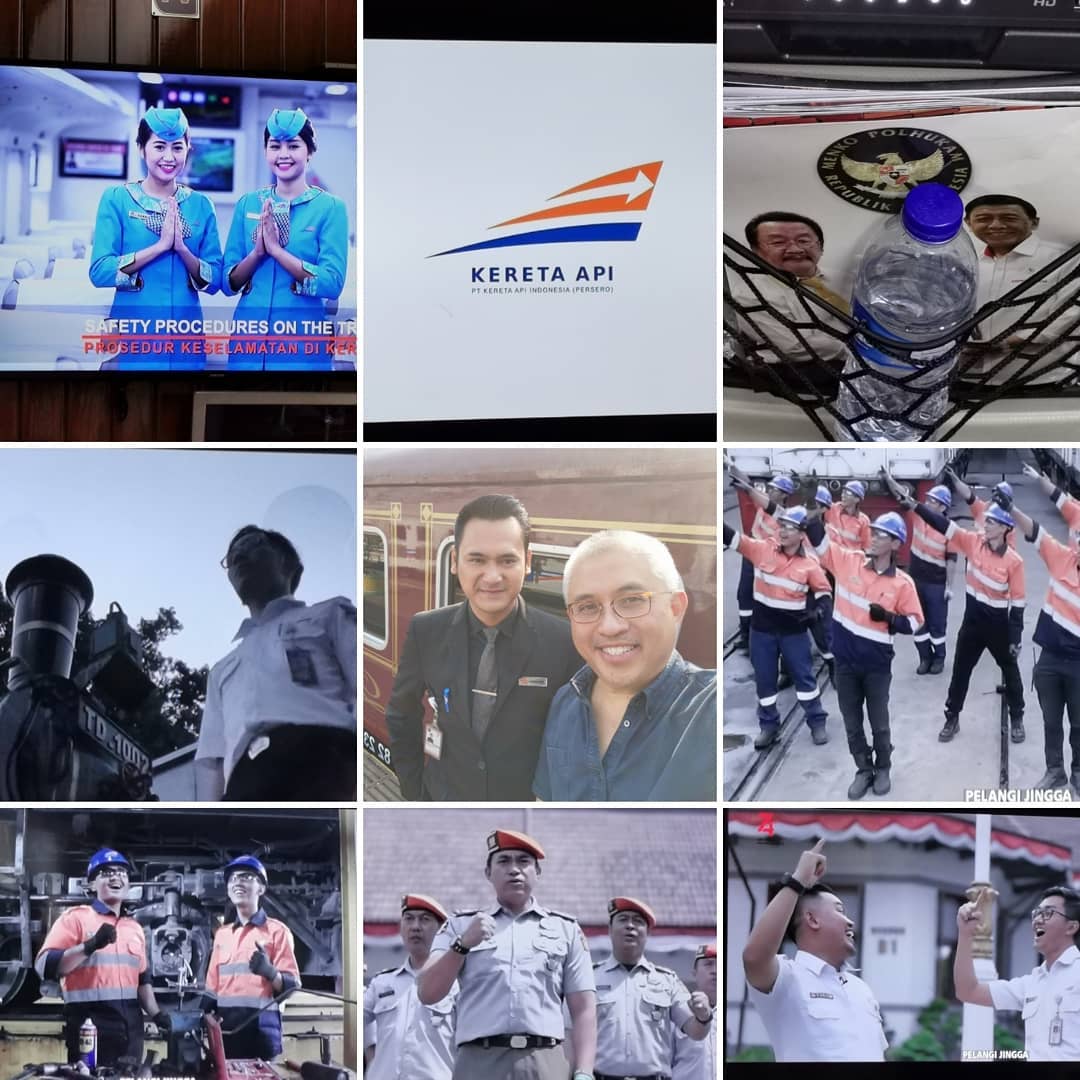 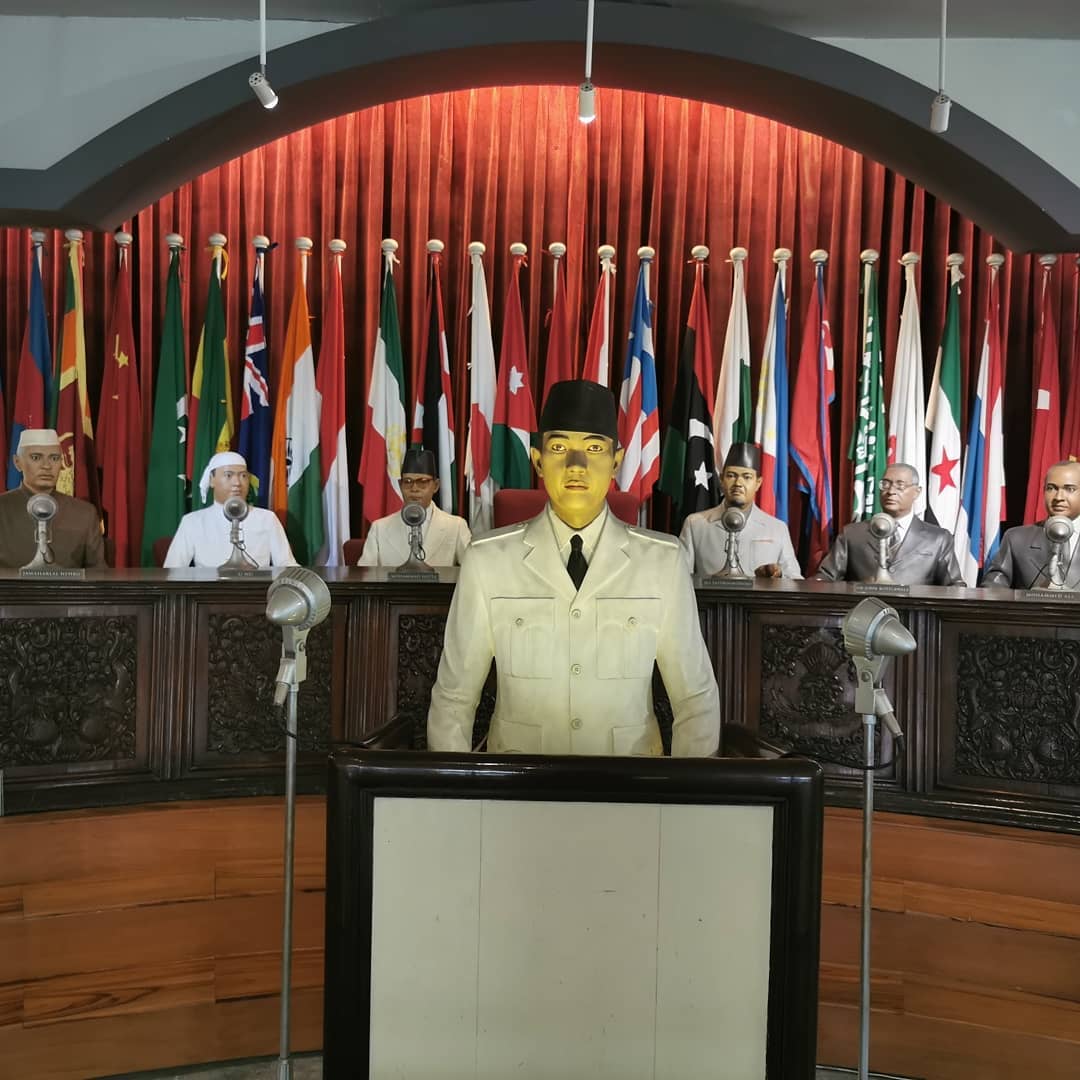 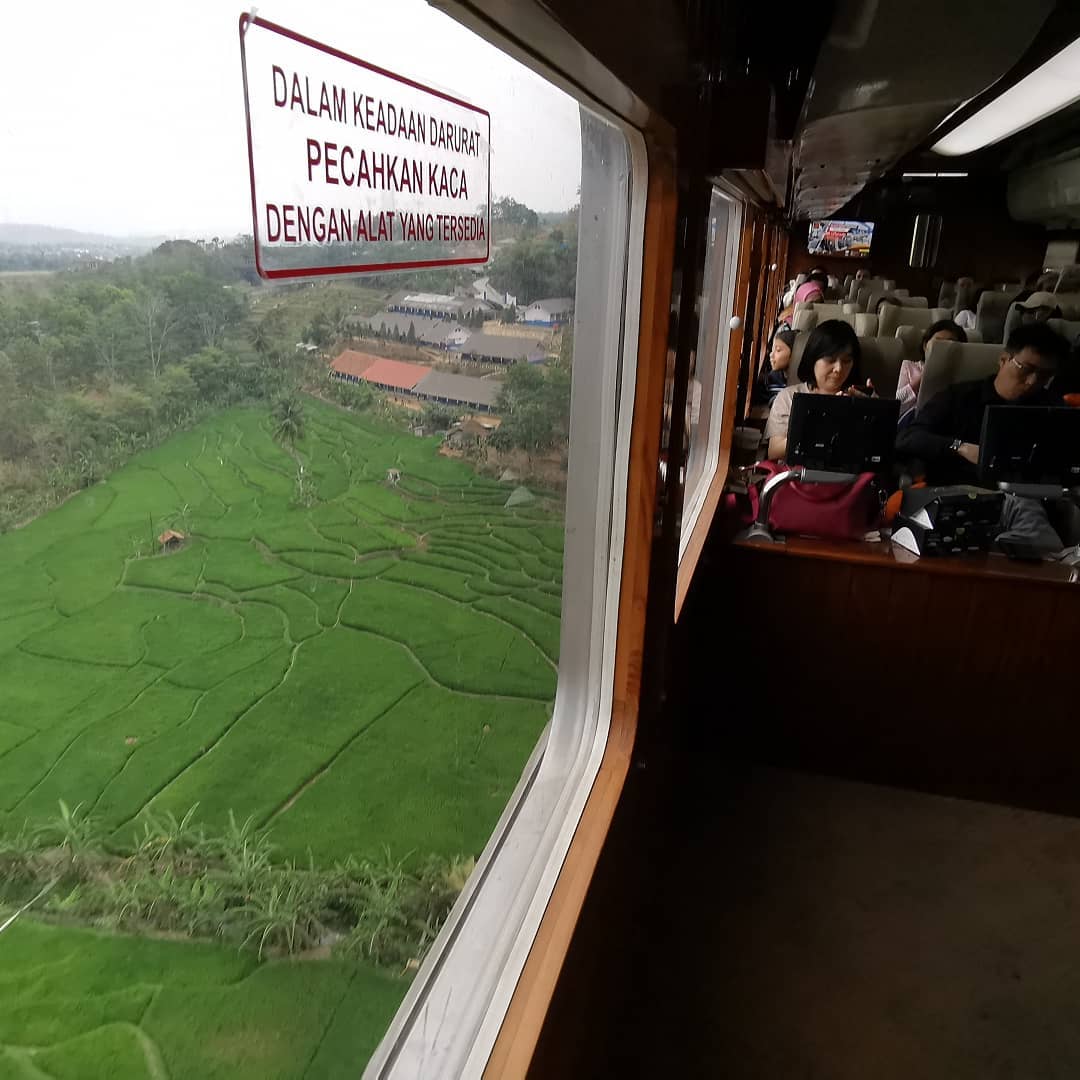 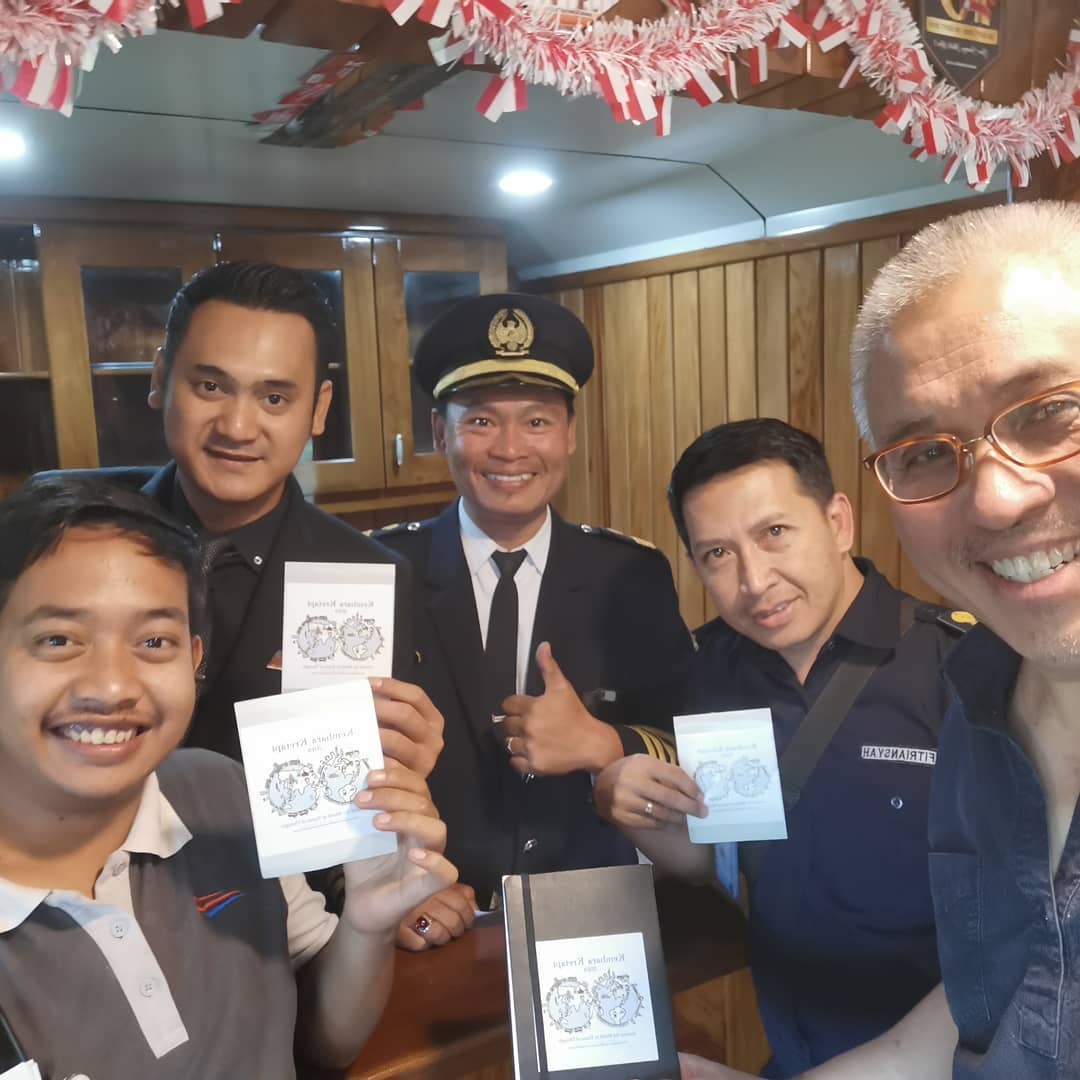 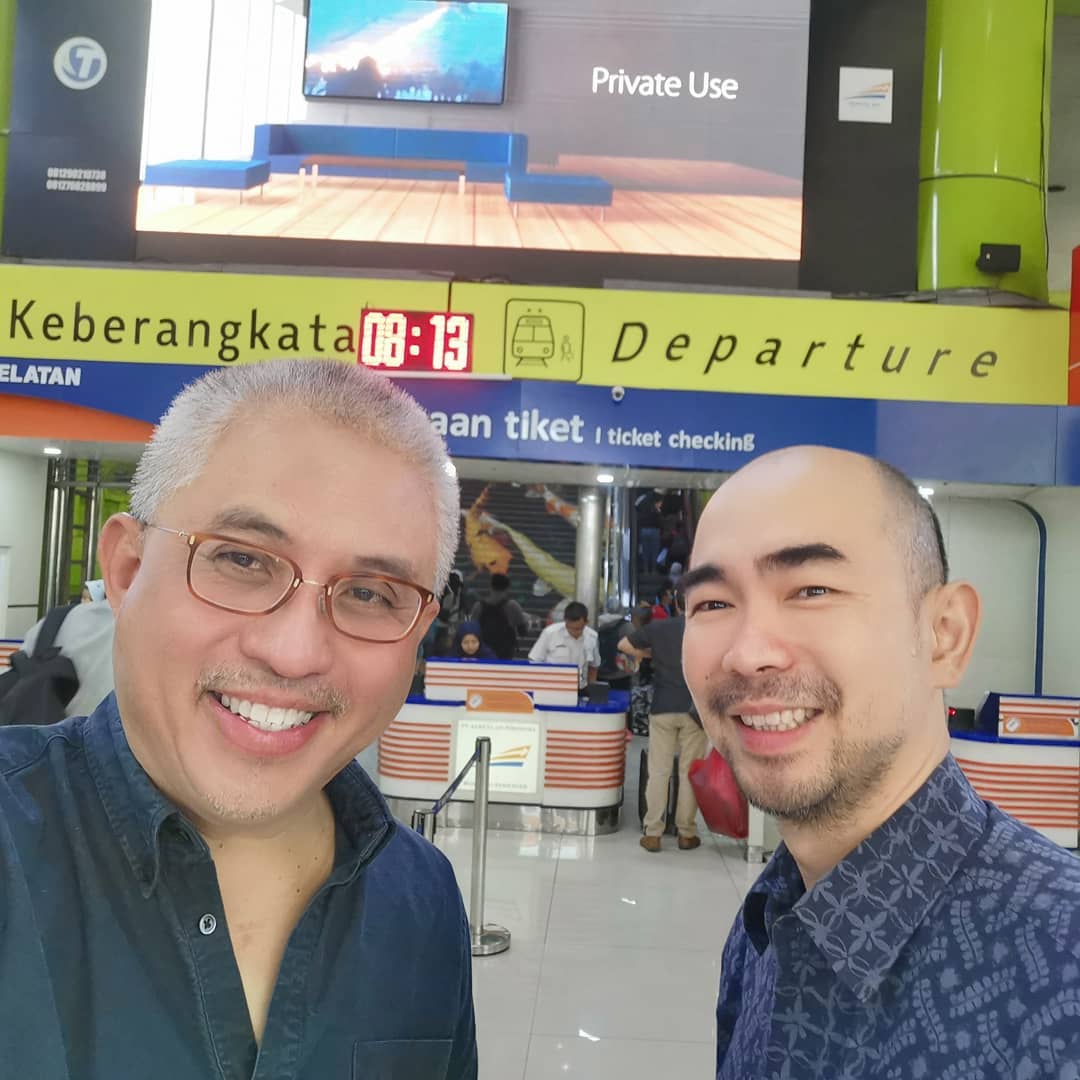 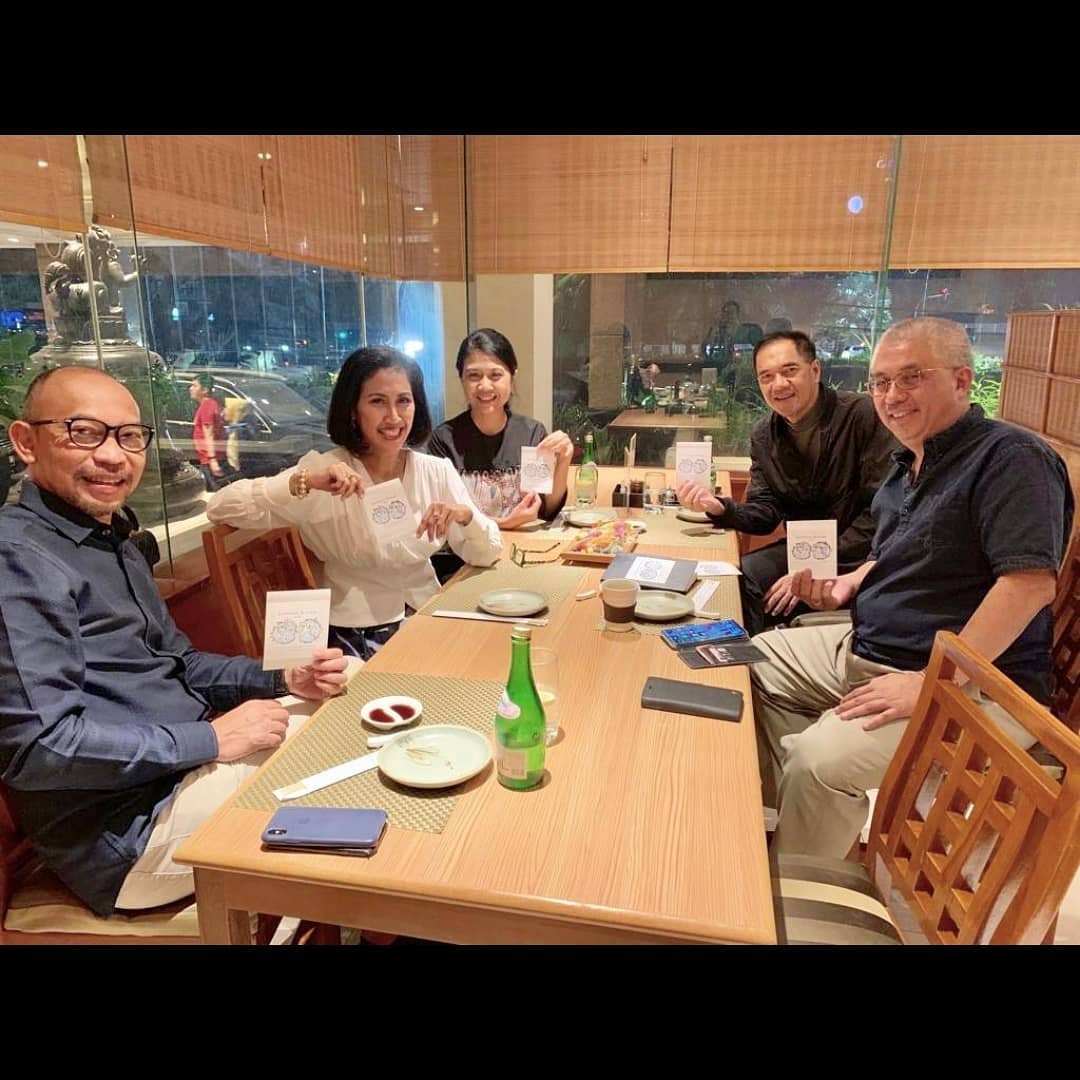 On Track! Dirgahayu Indonesia 🇮🇩. Into Jakarta from Adelaide via Bali, straight into student protest induced road closures. Brightened up considerably by a wonderful dinner with brilliant old friends, former trade and finance ministers and Axiata board members, Pak Gita and Pak Chatib and their lovely wives, Ibu Yasmin and Ibu Dana. As always with them, we toured the Republic and indeed the world several times over! An early start on day 75, to catch the Bandung train from Jakarta’s Gambir Station. Thanks to K Alumni, Pak EK, now CEO of a manufacturing company in Jakarta for the lift and the Bakso breakfast! The 3+ hour Jakarta to Bandung train was one of the most colorful on KK 2019.

As a child I loved pouring over whichever atlas I could lay my hands on and inevitably it will have a world map by population with density ranging from dark red to a faint yellow. Java was not only dark red, it was like the darkest ever blood red! And there is no better way to see this in multi dimension, than by the jalur Jakarta-Bandung train line. Sit back and view the moveable feast, railway bazaar, of teeming people and tenements, paddy fields and rising peaks as we climb to Bandung. Every inch contested and utlized, every frame with people. Impressed by the clean, efficient train by a SOE that has been well revamped. Even the hazy skies, if not quite blue, had cleared somewhat.

A short hour in a much spruced up, creative cool Bandung (much kudos to architect, mayor and now Governor Rizwan Kamil) was spent at the African Asian Museum to memorialize the historic 1955 summit of newly independent nations. Sukarno’s great showcase, the Bandung spirit endured: within 10 years, 36 nations including Malaysia won independence and the seeds of the non aligned movement at a time of cold war freeze was born. Indonesia was once famously captioned as a Nation in Waiting. While not quite arrived, its certainly waiting no more. The last 20 years has seen steady and occasionally spectacular strides. Many challenges still, but its moving in the right track… So long as its no gravy train, this is best examplified by the upcoming, Chinese driven, Jakarta/Bandung HSR. 🚄⏱️👮‍♀️#kretapikir