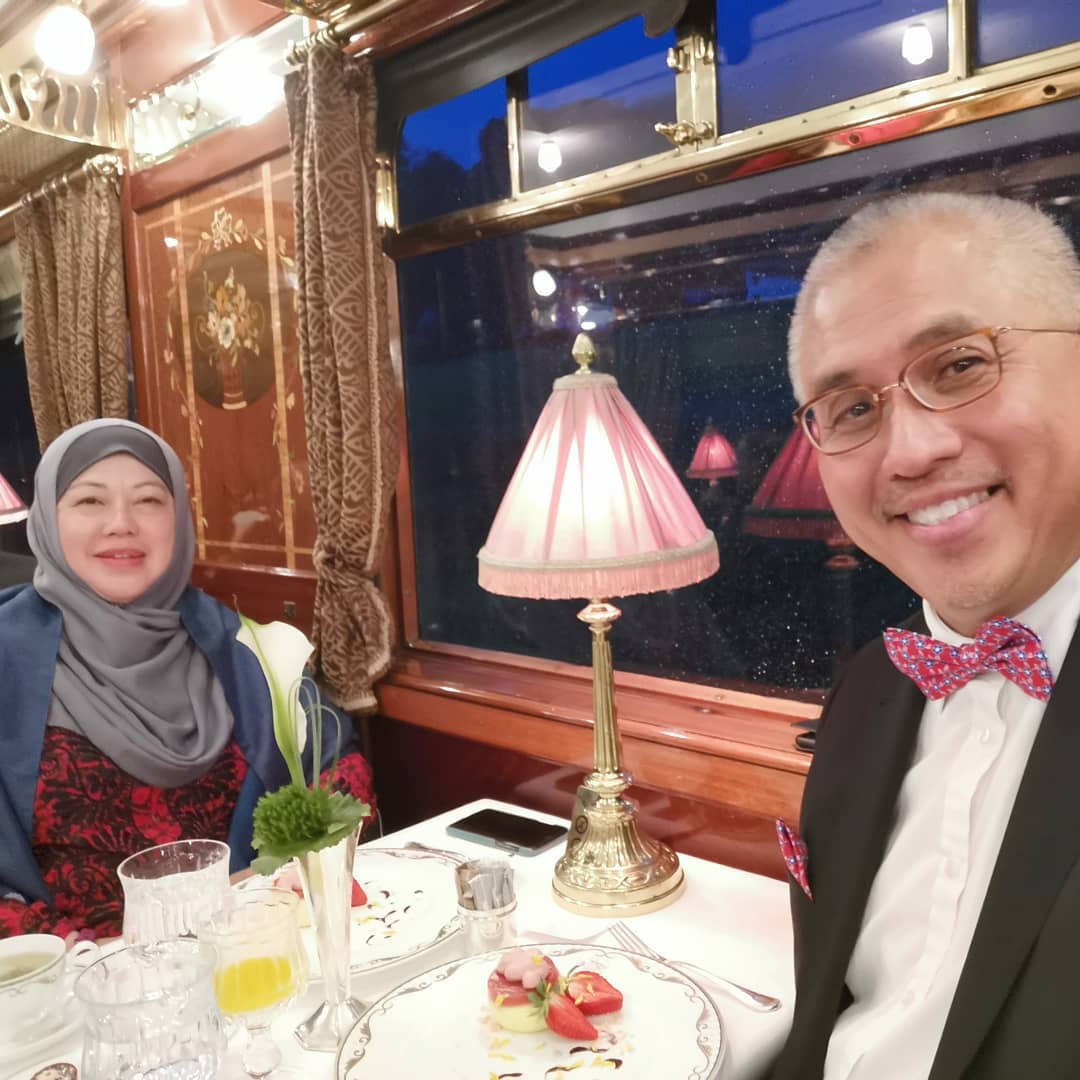 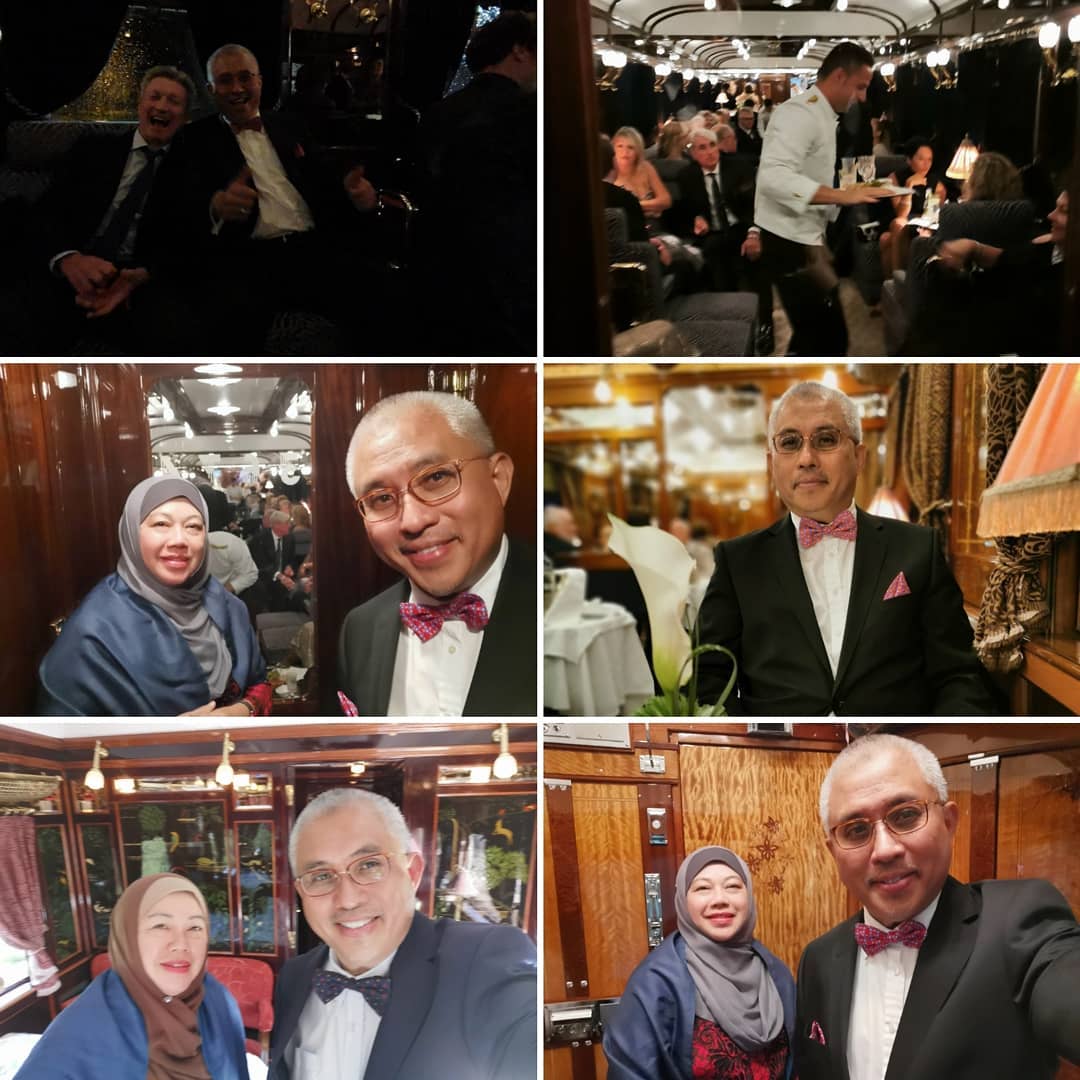 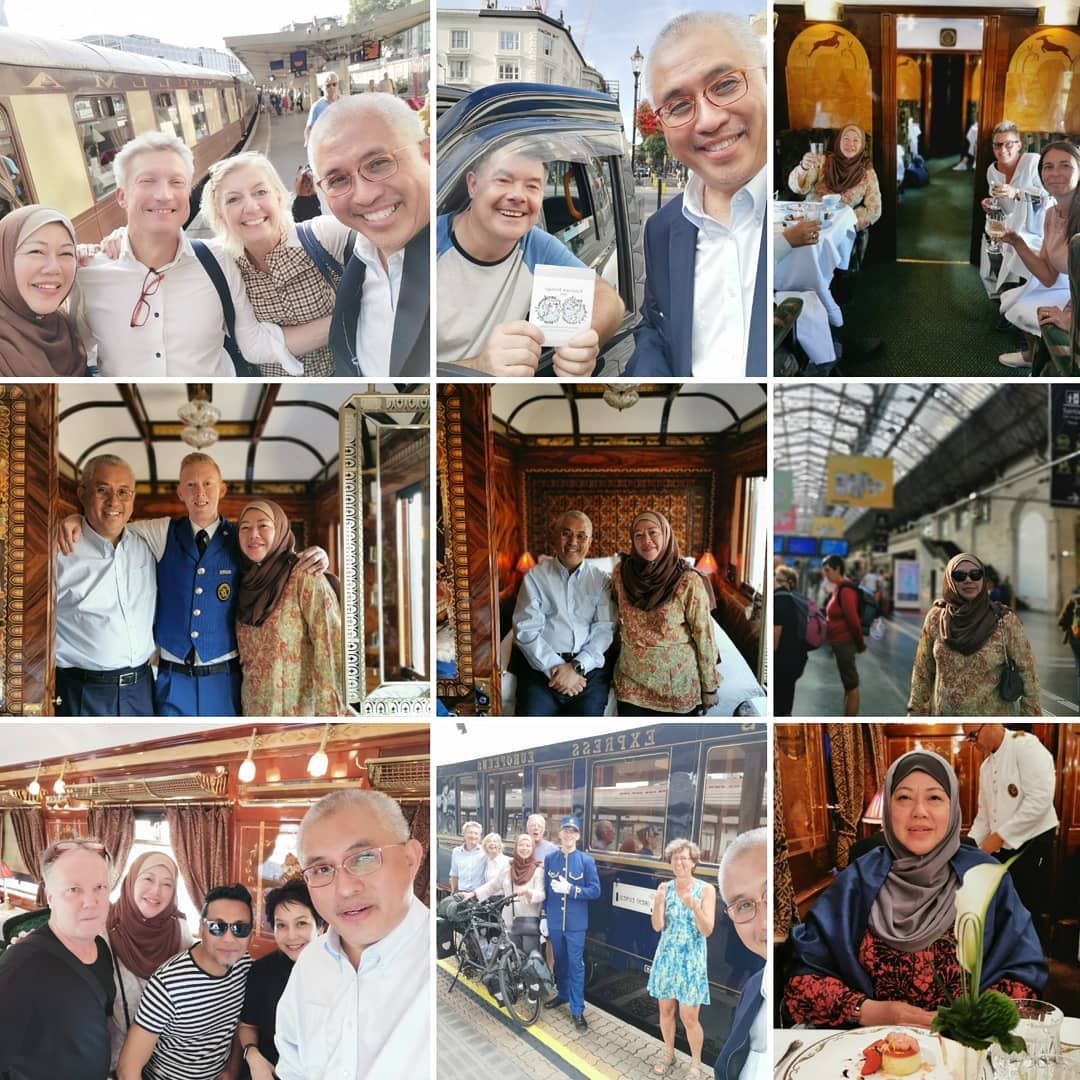 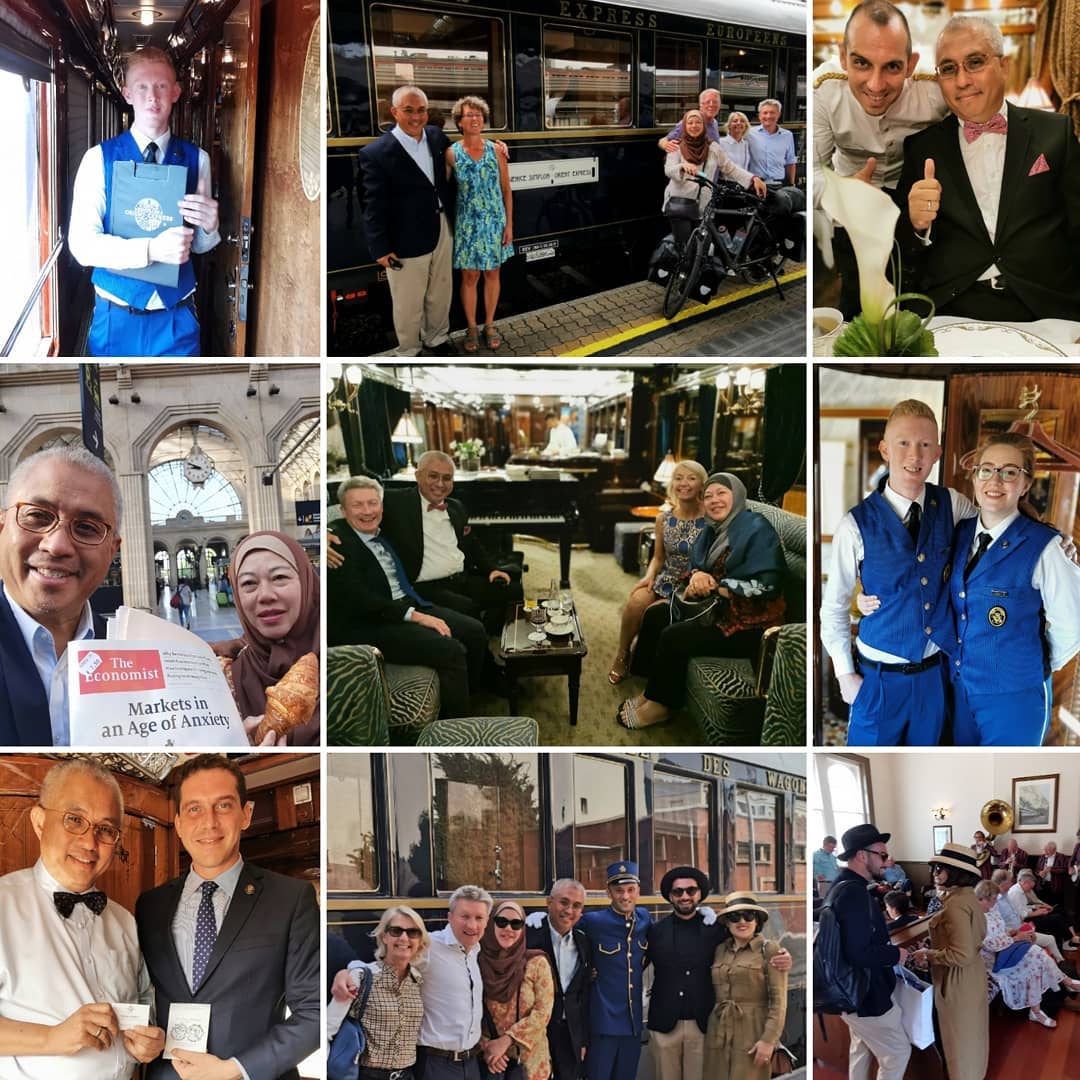 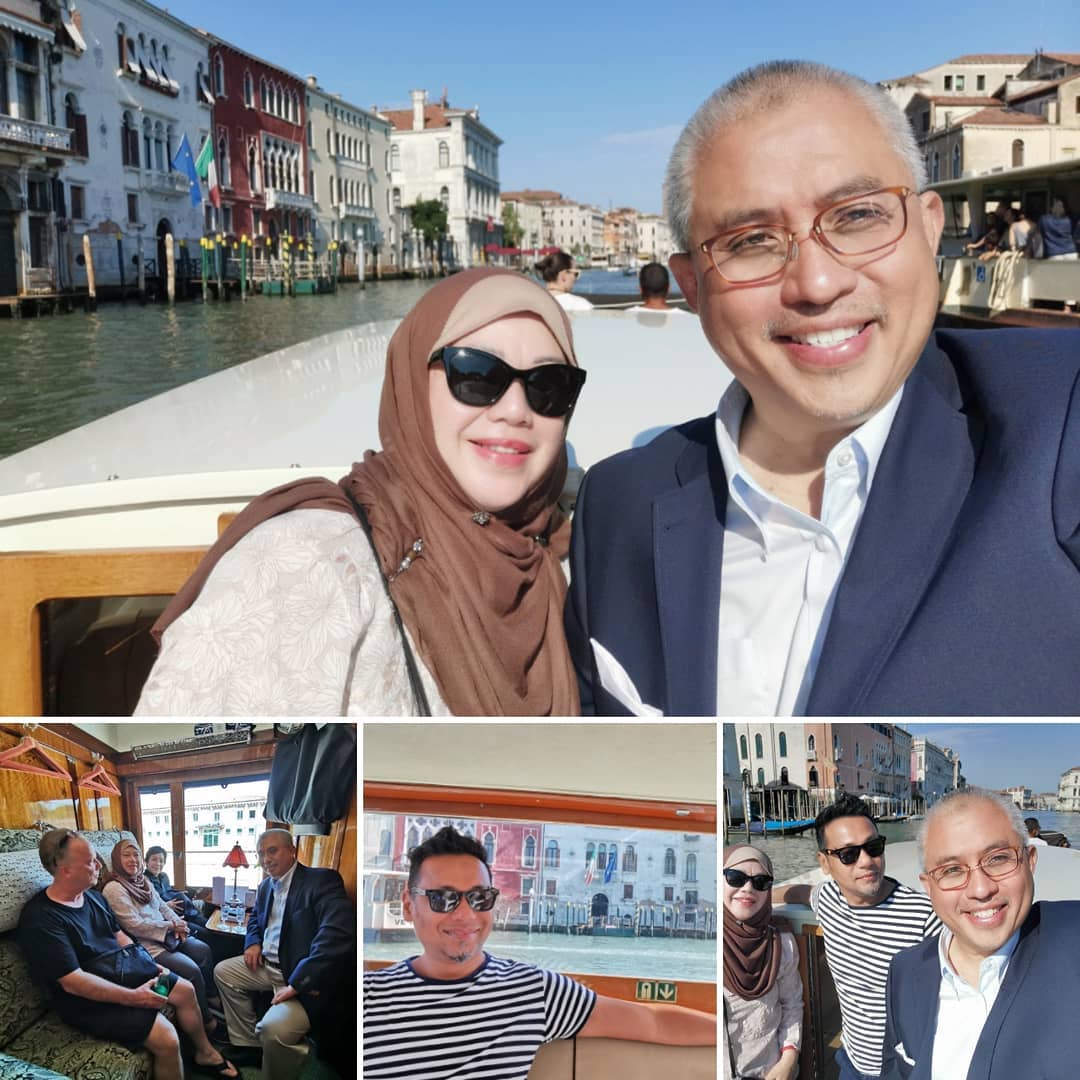 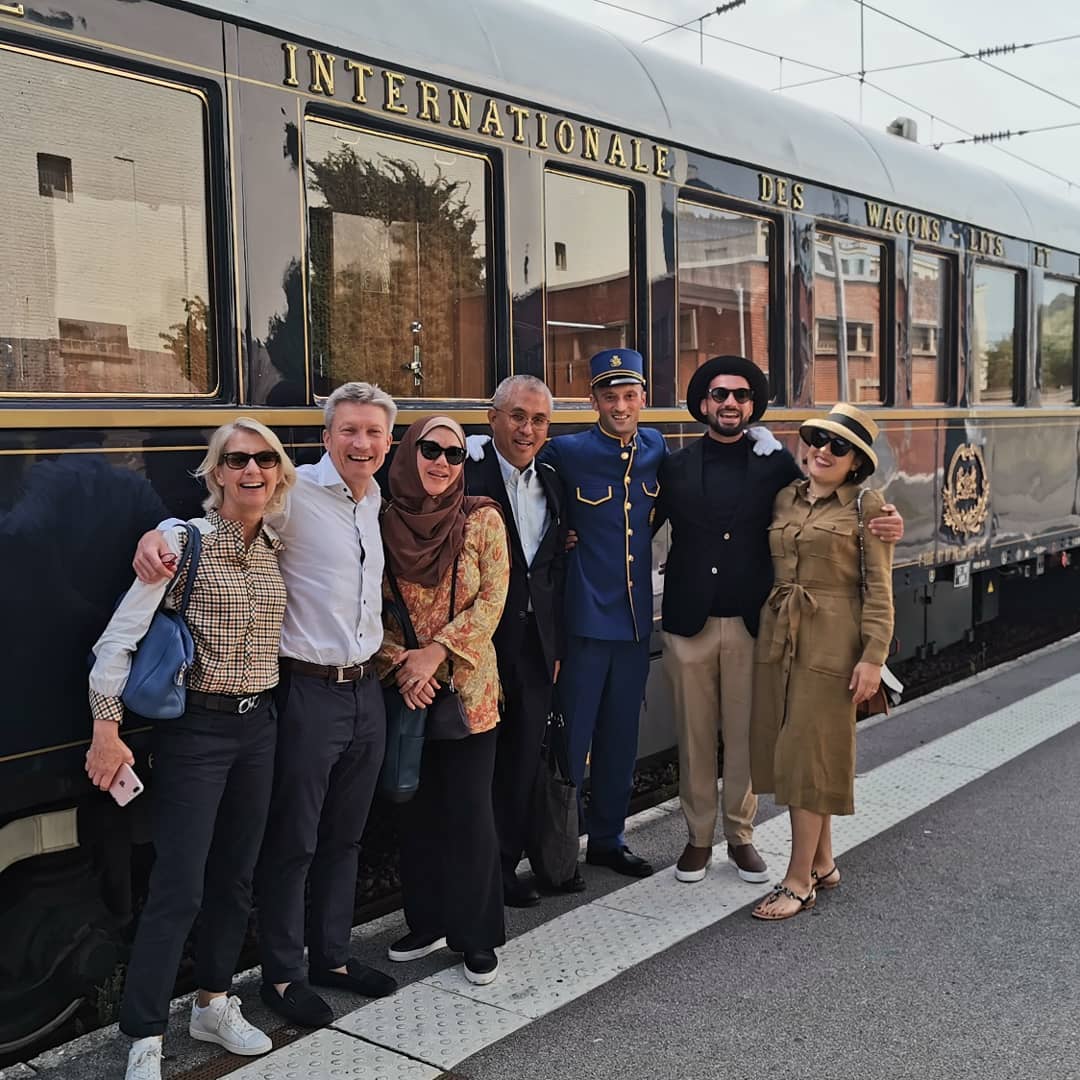 The Venice-Simplon Orient Express. 20th and 21st August 2019, days 38 and 39 of KK 2019. Much storied, old world romance of travel, off the bucket list now. The carriages, furnishings and marquetry are both old and glowing at the same time, the food sumptuous (even for this must-have-rice-and-spice fella), and the piano man and service, faultless, this is the grand dame of all trains. Except for a nostalgic one run a year, it no longer does the classic Stamboul train from Paris to Istanbul, but otherwise tries its best to retrace the route through the Austrian Alps and the Simplon Pass, to Paris’ Gare De L’est and now extending to Victoria Station in London.

The attention to detail, style and elan of the train is rightly the stuff of legends. From Rory’s impeccably efficient stewarding (watch video inside how he transforms our cabin, Rory is a rail buff himself having done the Trans Siberian in winter and worked on other luxury trains) to the imaginatively named Guilty 12 cocktail (everyone did it, so no one did it), its magic is still palpable even though its more likely to meet the beneficiary of a sellout to a private equity firm than the ultimate capital owners themselves like in the gilded age. Alhamdullilah, we had a great time and met some really fun and nice people.

All dressed up, quite a contrast to my first foray on more or less the same route in reverse from Victoria Station London to St Lucia Station Venice in the summer of 1981 on a one way Inter Rail ticket to Athens with John (my Greek Cypriot classmate) and Brother Lokman Pin. We stopped in Paris and Lausanne before Venice, and Brindisi and Corfu after before arriving in Piraeus in what eventually became a 70 day epic student travel of rail and mostly hitchhiking in the Summer of 81. Brought a tent and roughed it out on roadsides and campsites and the ocassional kindness of strangers. Alhamdullilah, such a carefree and happy summer that was, a coming of age journey. Still not sure which was more enjoyable, so it’s best to savor and enjoy both! Three cheers each for backpacks and black tie! #kretapikir. 🤵🧕💫🎩🎶