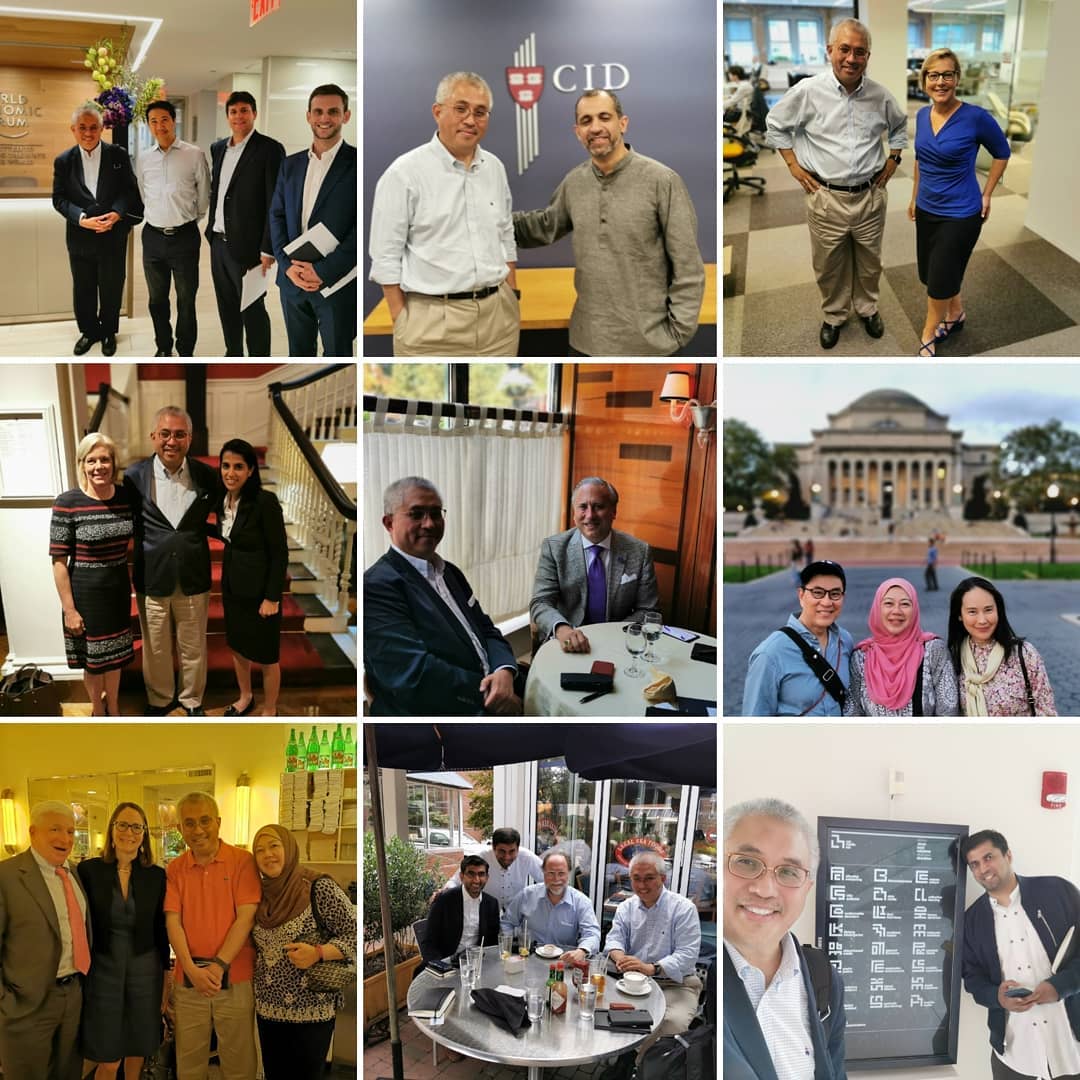 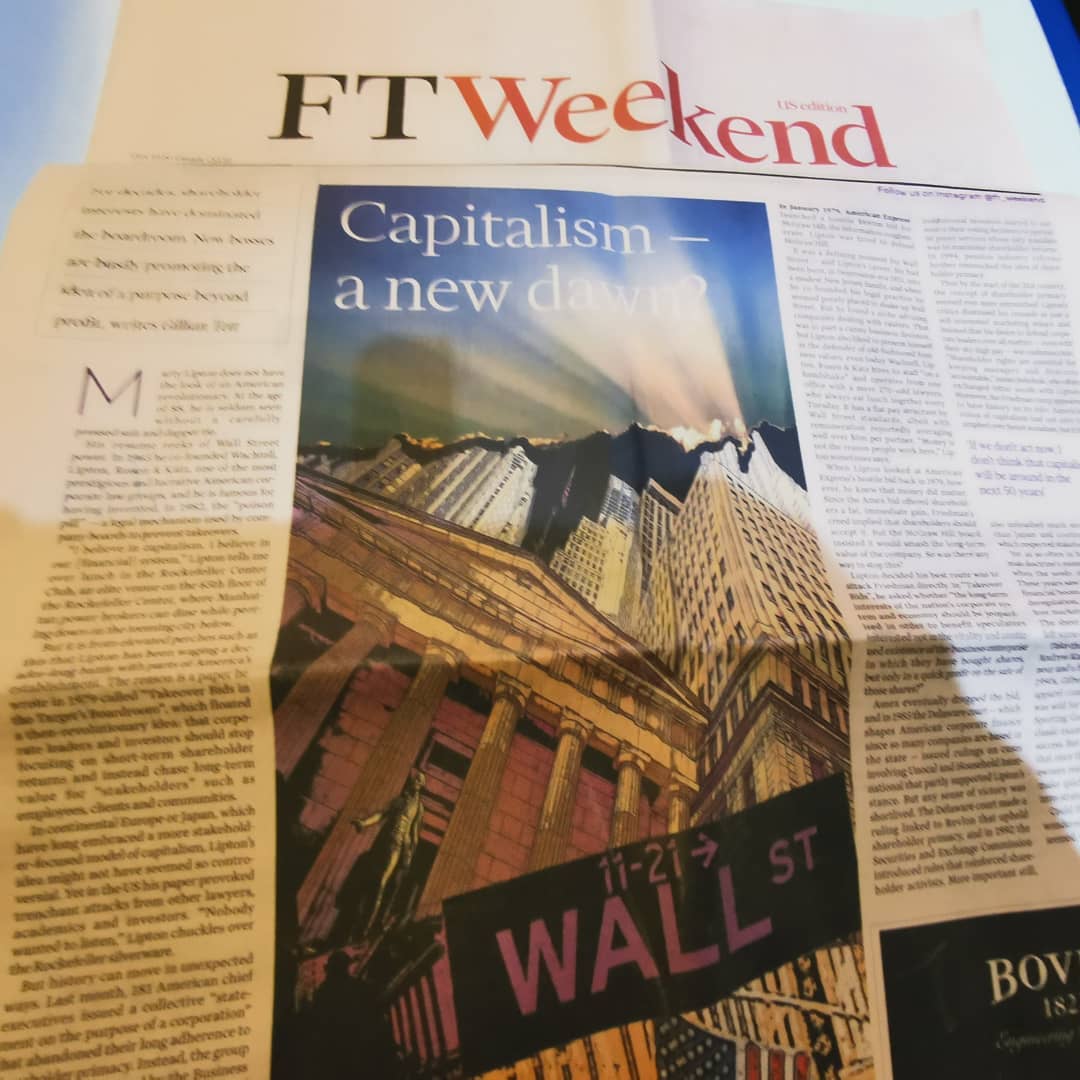 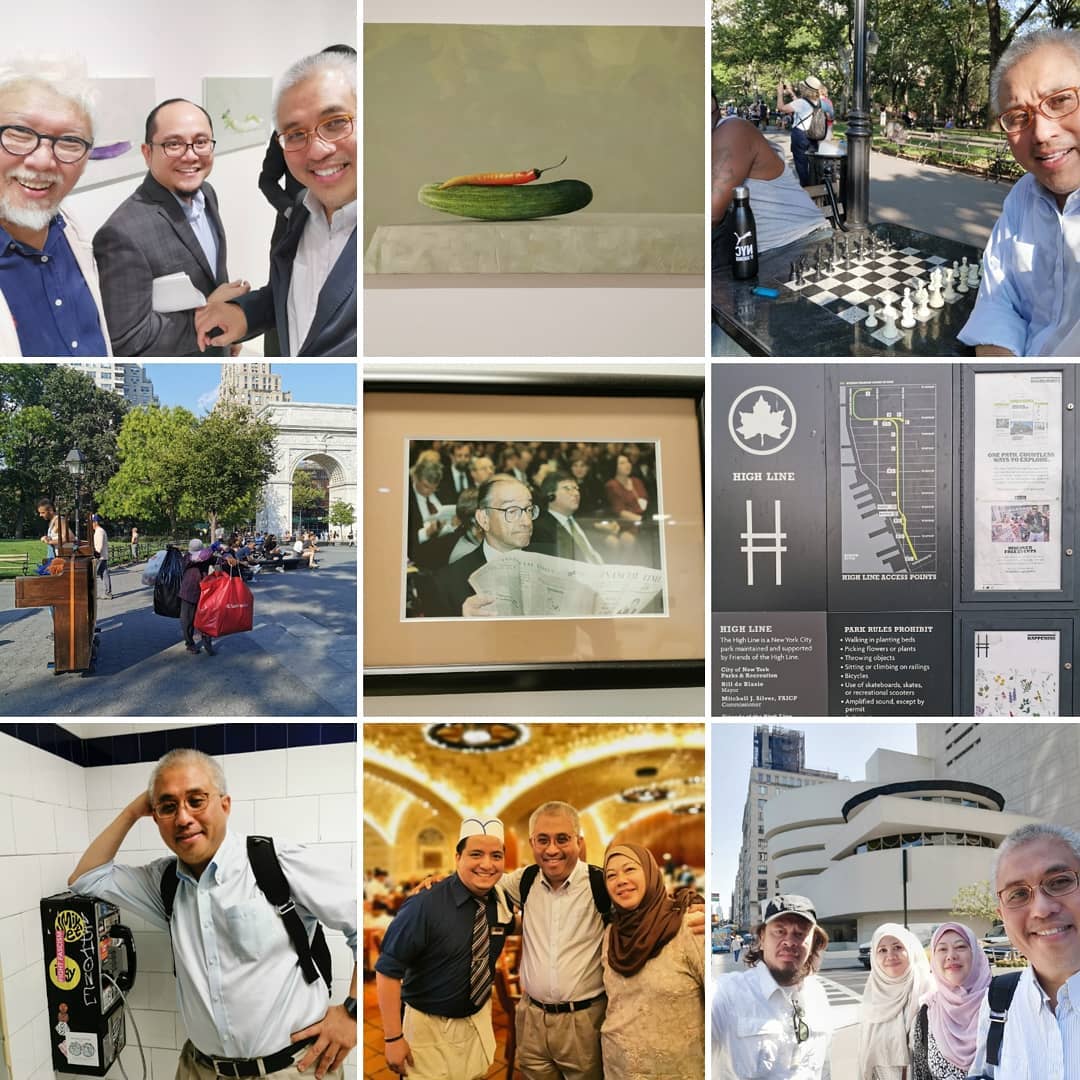 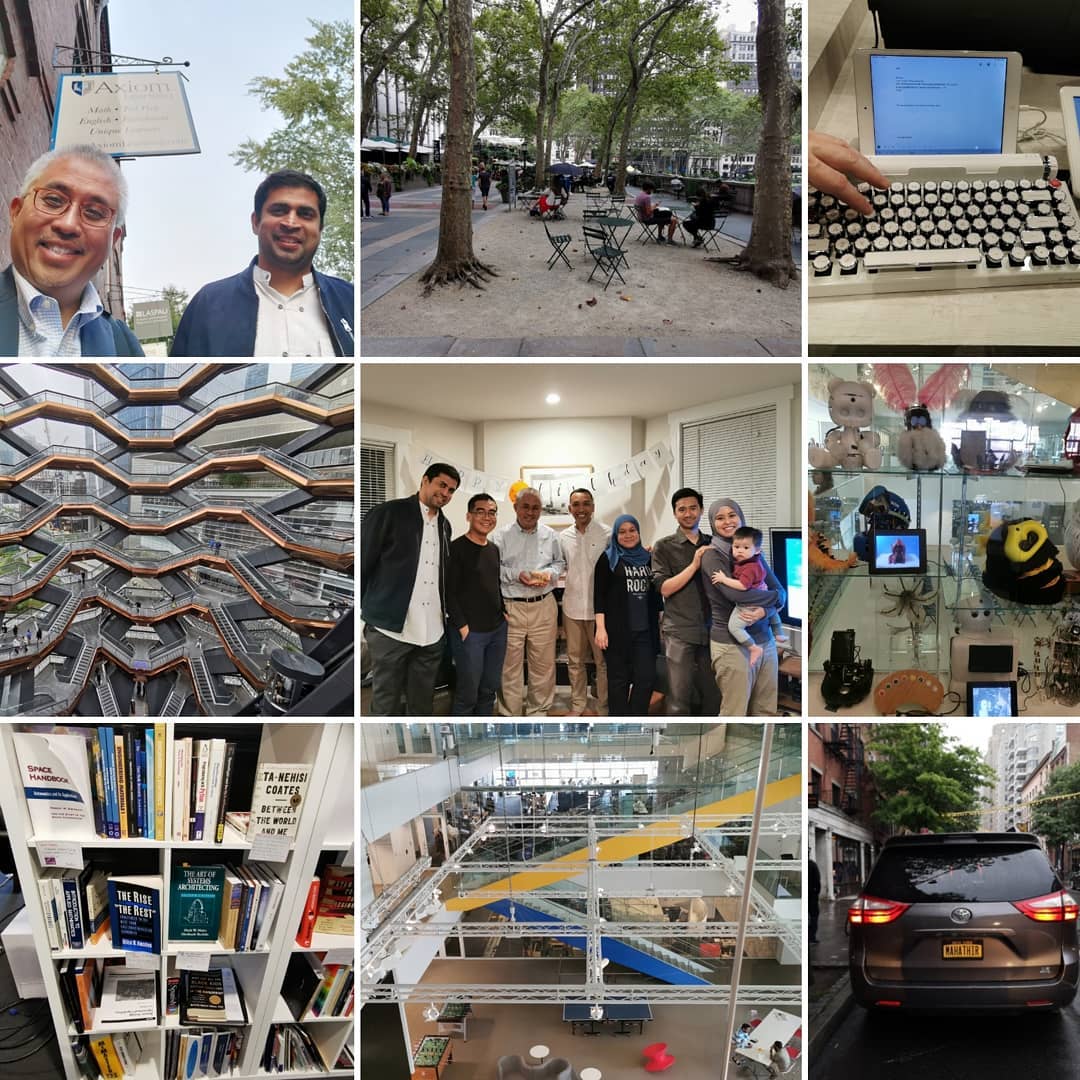 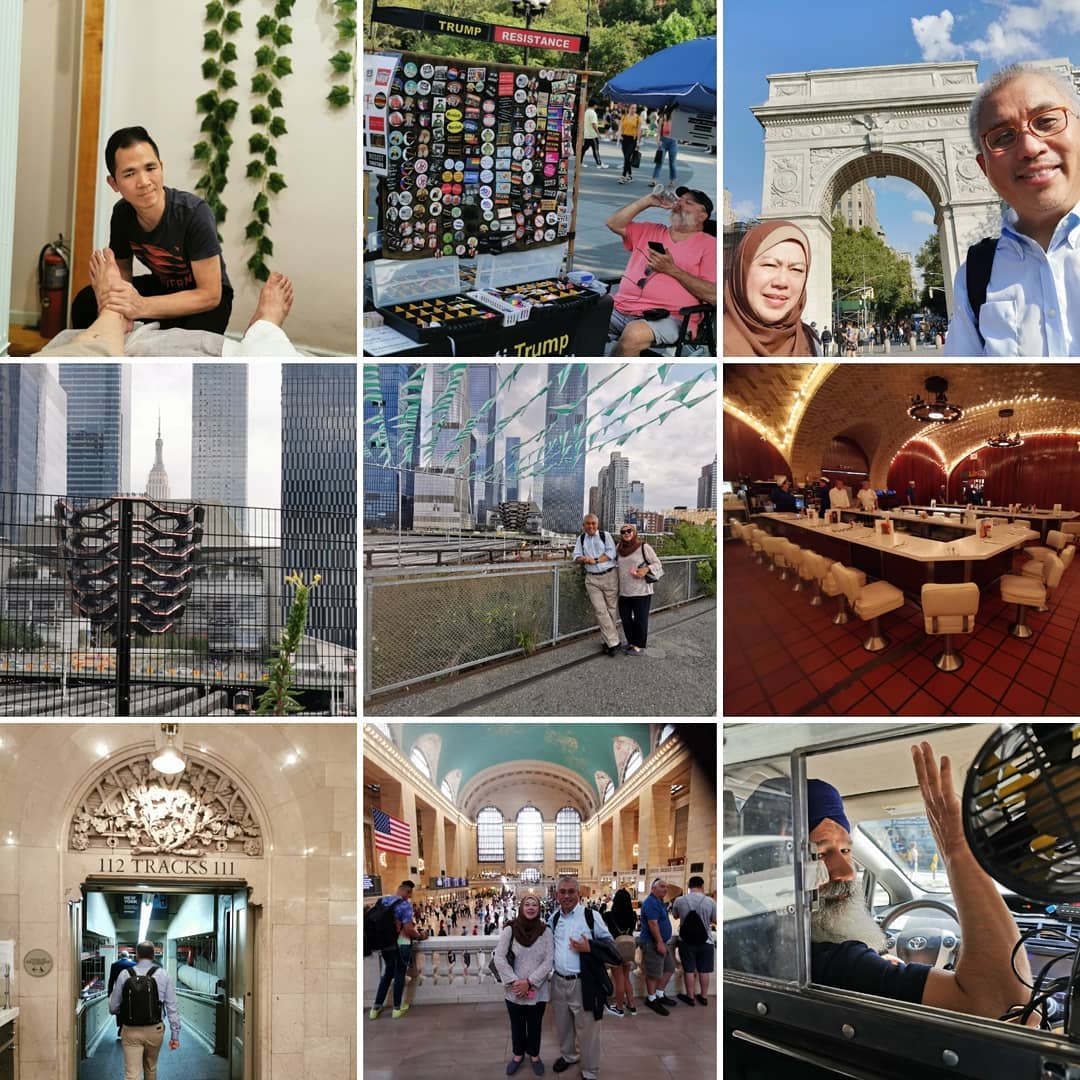 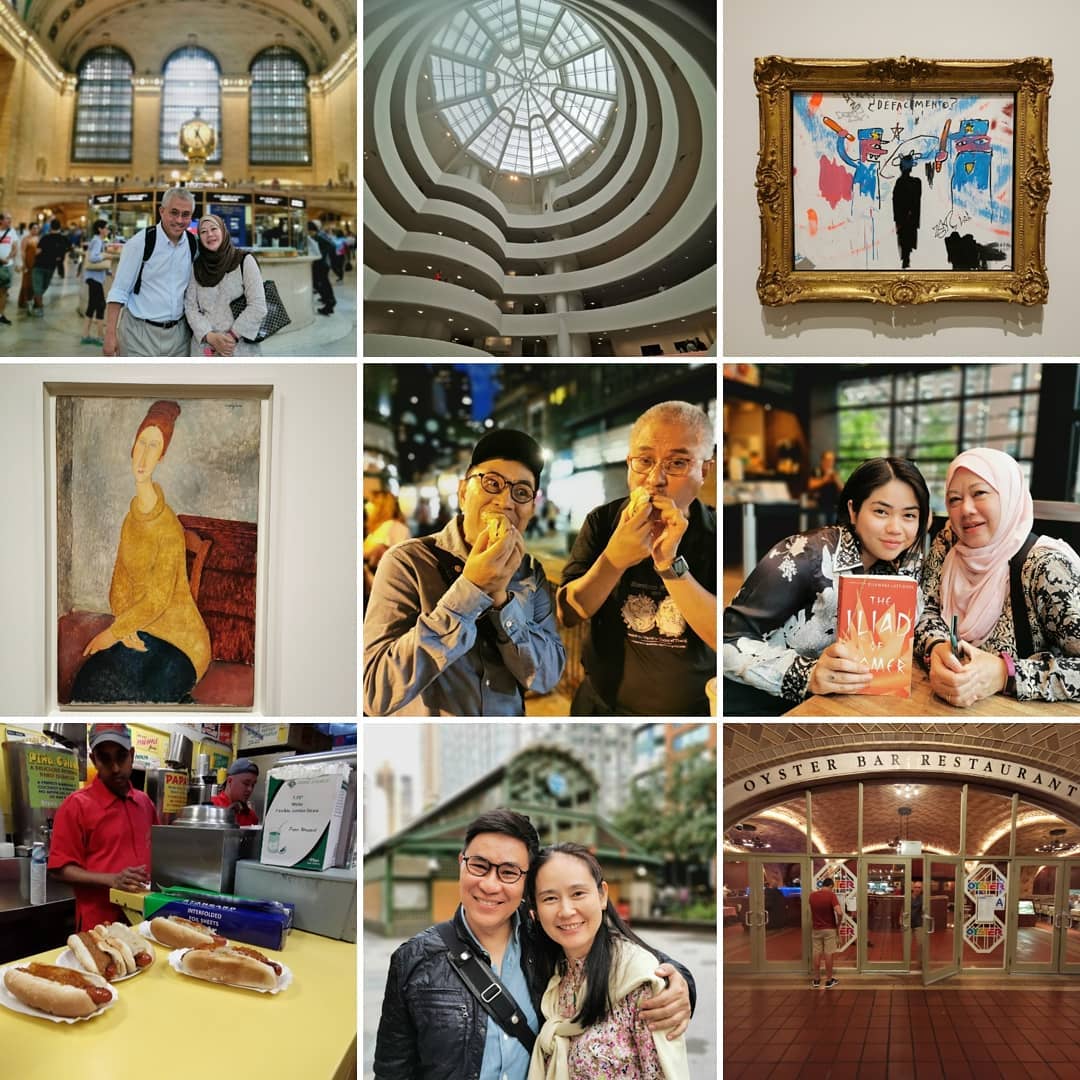 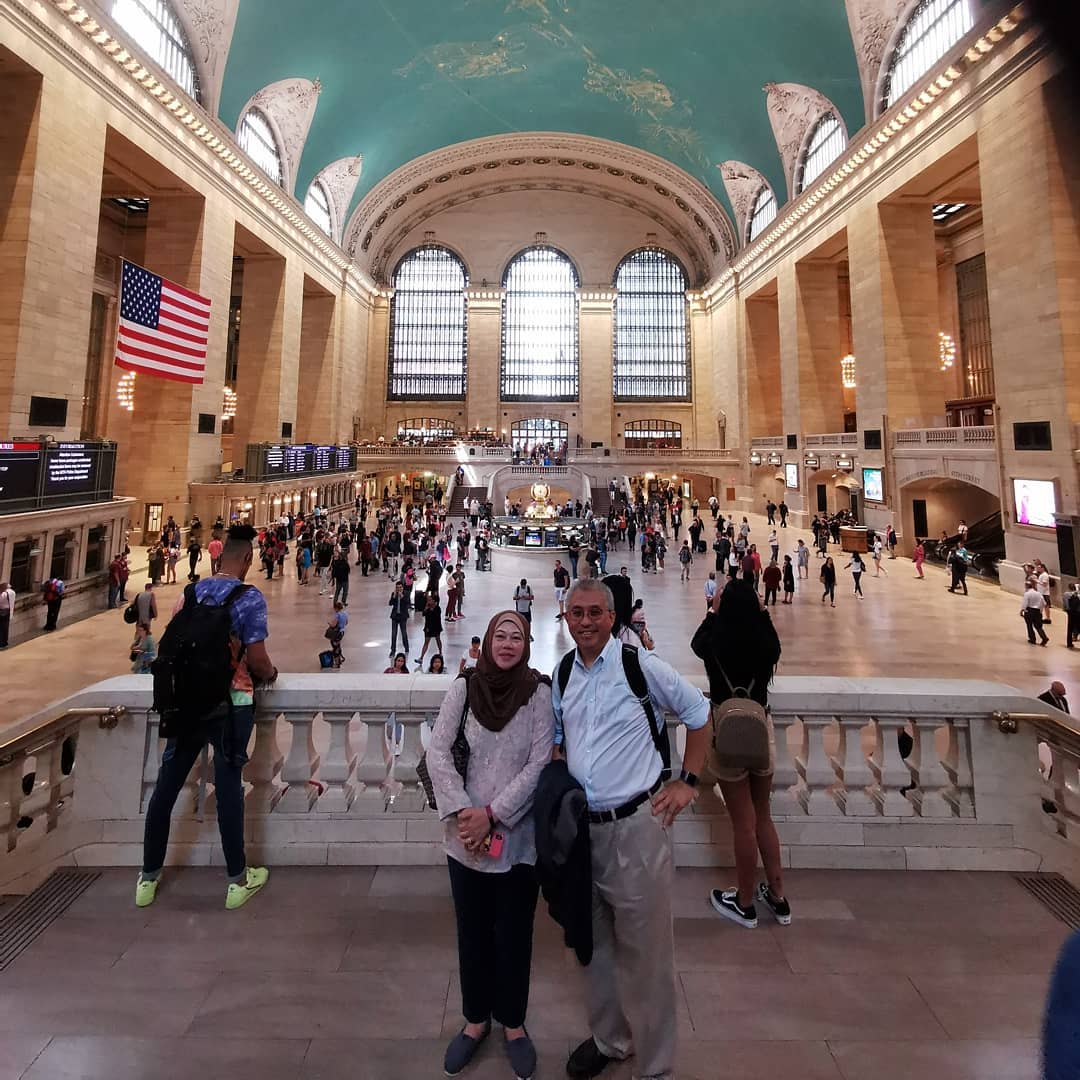 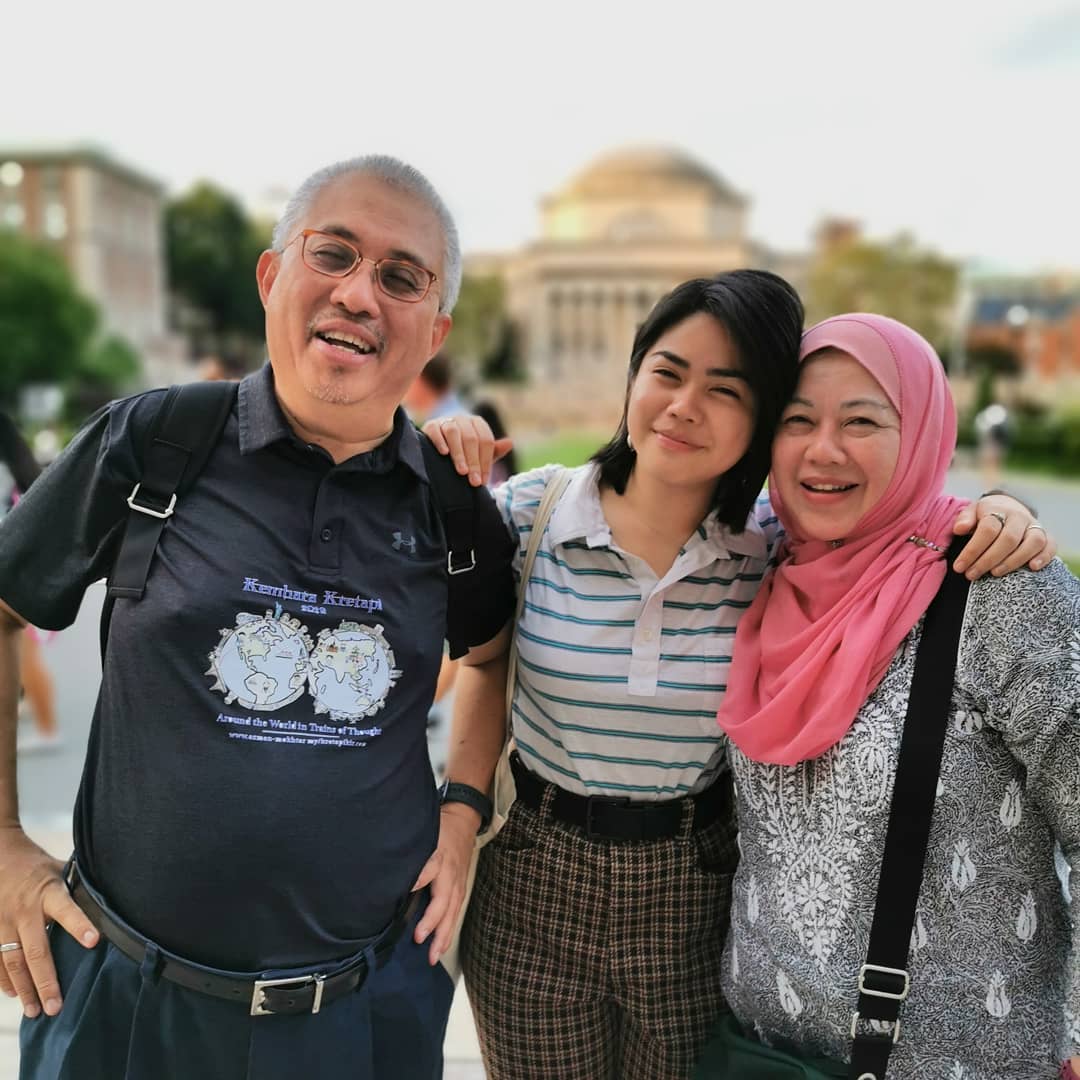 Capital ideas, brains & trust. A trip to New York and the North East is always an opportunity to meet old friends, and thought and practice leaders. Alhamdullilah, over 5 nights and 6 days, was a super way to catch up. TQVM for the super absorbing and stimulating chats with (top left to right, clockwise in a spiral to the centre:)
. Han, Adam and the Future of Investing team at World Economic Forum New York
. Prof Asim Khwarja, new Director of Centre for International Development, Harvard Kennedy School
. Gillian Tett of the FT
. John and Naoko Pang of Columbia
. Shahzad Bhatti of Axiom at MIT Media Lab
. Prof Ricardo Hausman of Harvard, Aamir Rehman, advisor to the United Nations on Islamic Finance
. Scott and Peggy Kalb, Sovereign Wealth Institute
. Sarah Williamson and Bhakti of Focusing Capital for the Long Term
. Anthony Viscogliosi, venture capitalist


In particular its great to see much greater awareness for the idea of a stakeholder economy and Profit with Purpose led by these and other thought leaders.

Silicon Valley may be churning out amazing stuff, and Europe, China and the rest of the world too, but the East Coast is still a major if not the heavyweight intellectual power with its universities, media, financial capital, multilateral, non profits and art and culture organisations.

In between all this, we also managed to enjoy Aaron Sorkin’s brilliant take on To Kill a Mockingbird, view Heatherwick’s new Vessel, catch old staples the Met, Guggenheim and Central Park, meet our very own Sabri Idrus and Zakii, and, for KK 2019, a kunjung hormat to Grand Central Station, High Line and the Acela train to Boston! And of course, great to see Tasnim settling into Columbia too. Fulfilling. Syukur Alhamdullilah. 🙏💡⚖️📡🗝️ #kretapikir

Next: Washington DC and Georgetown