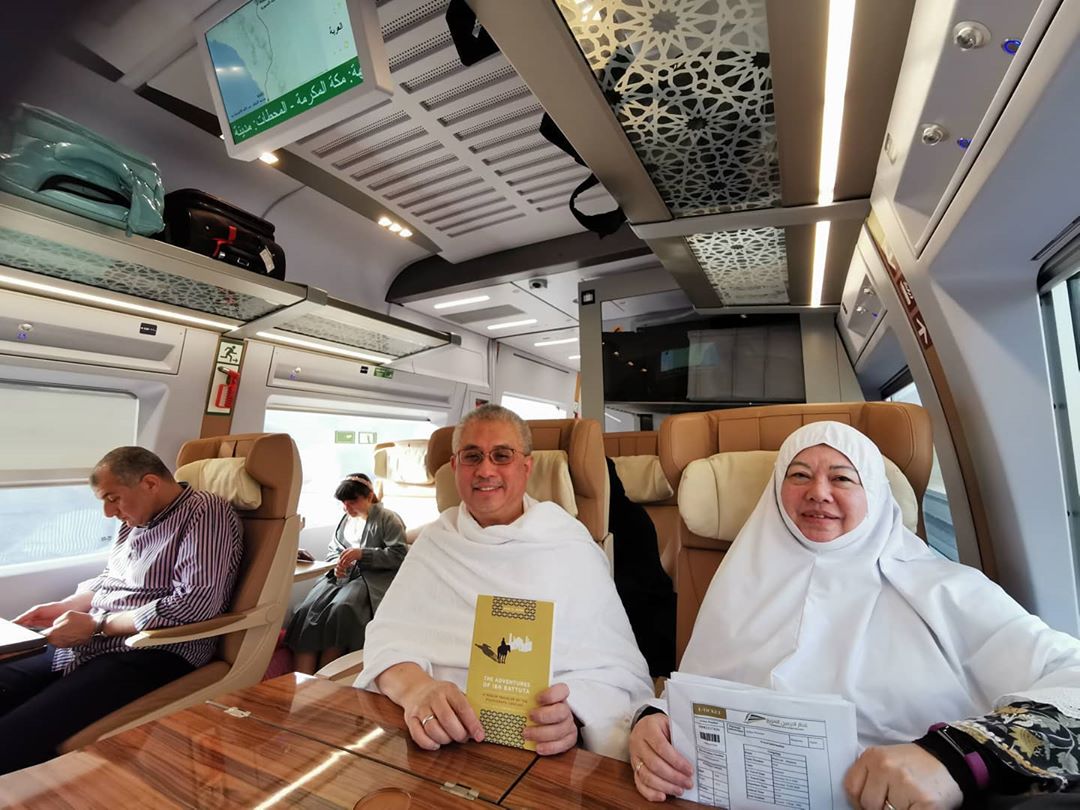 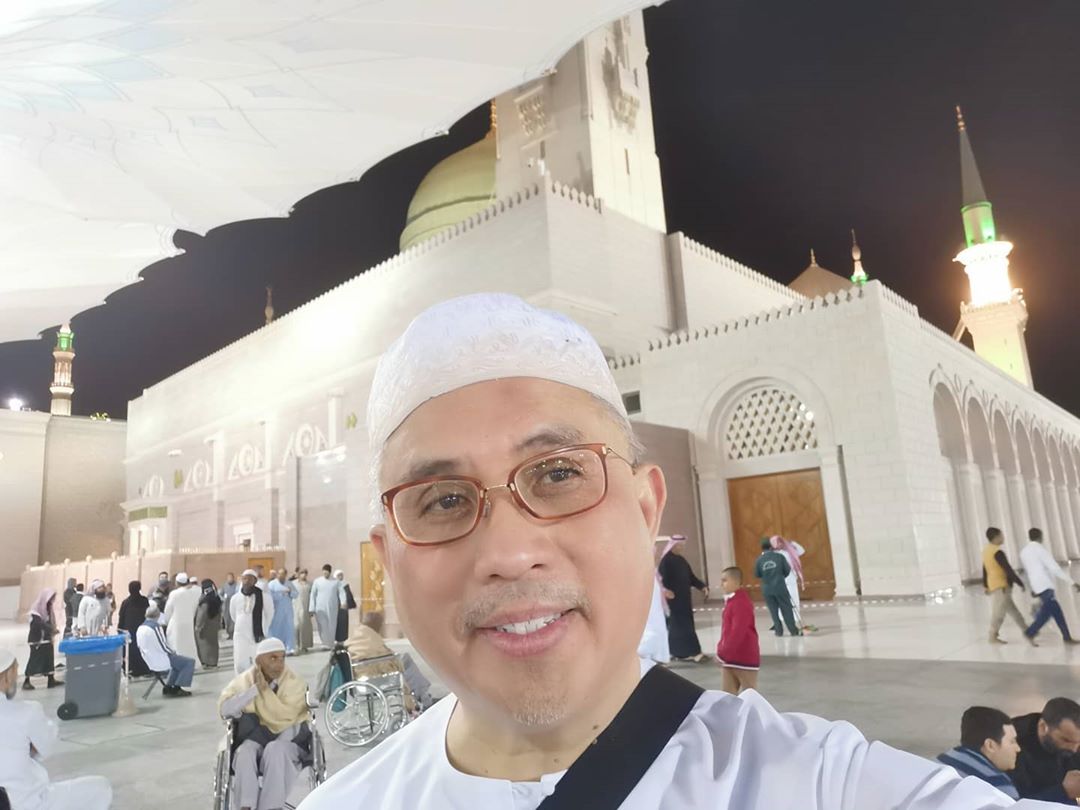 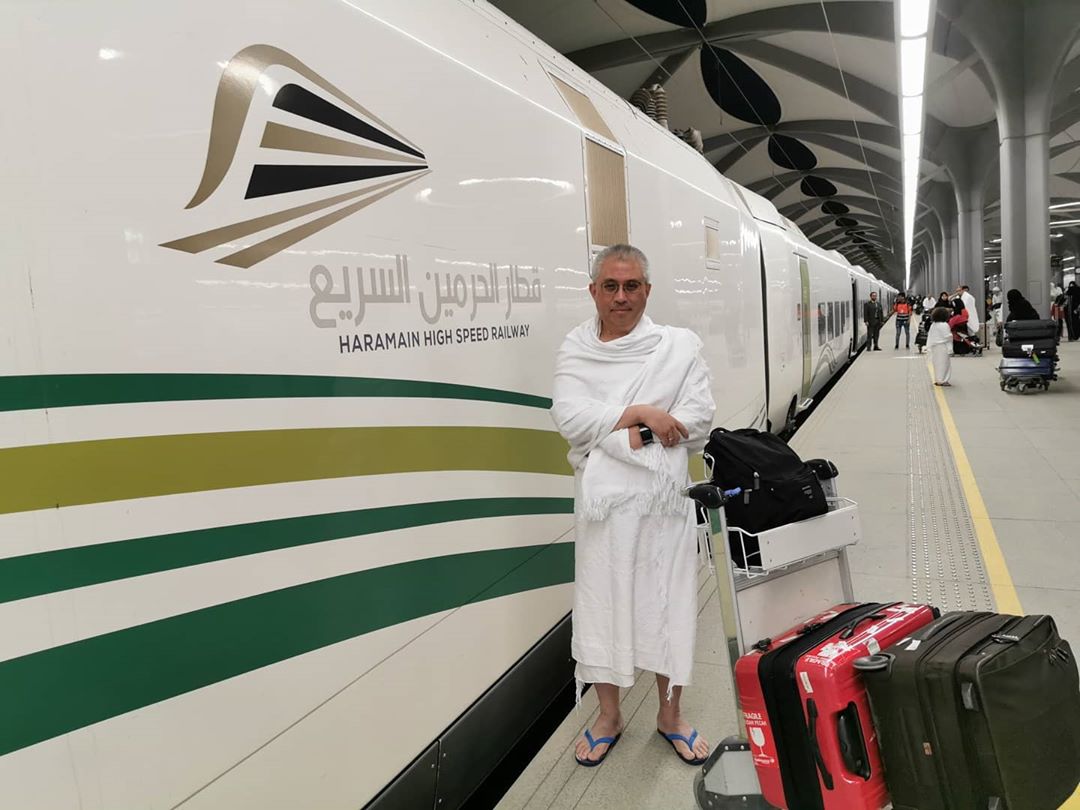 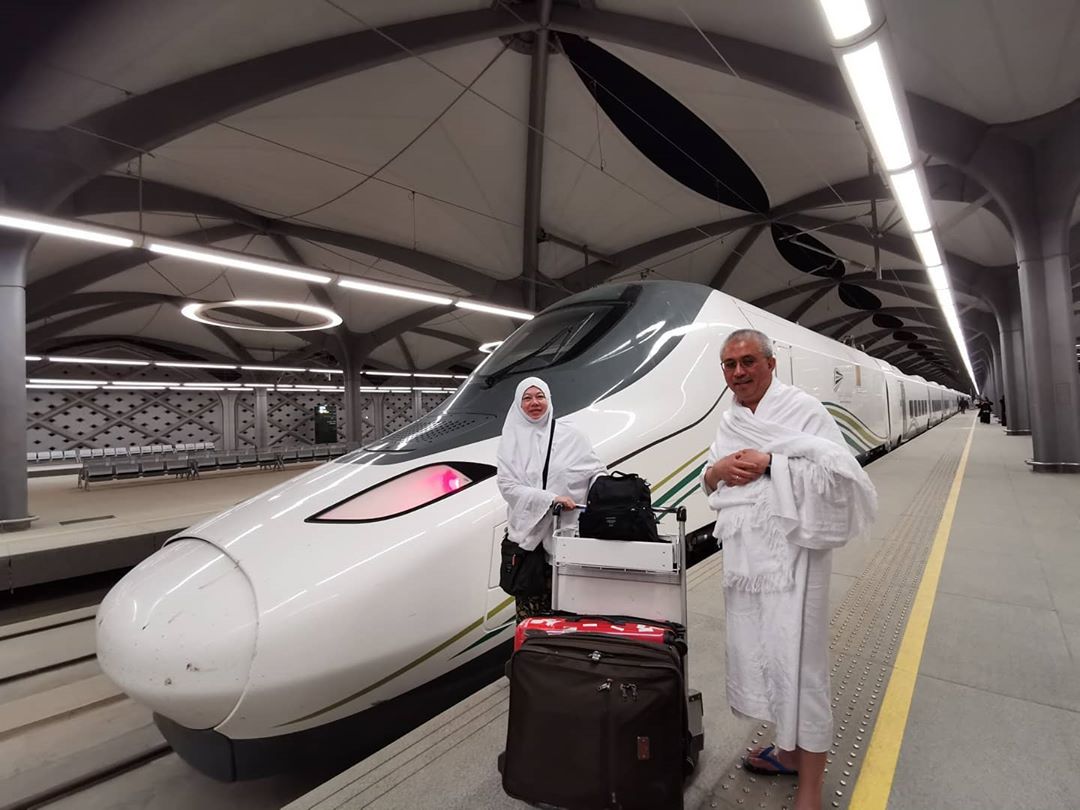 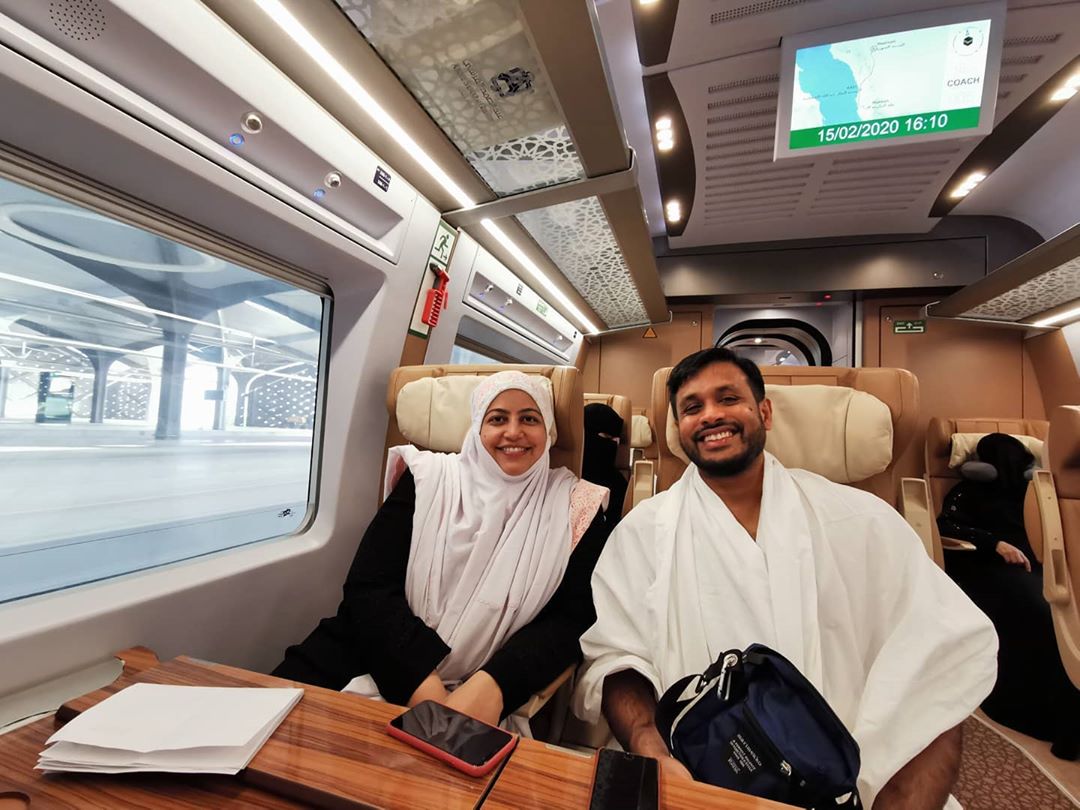 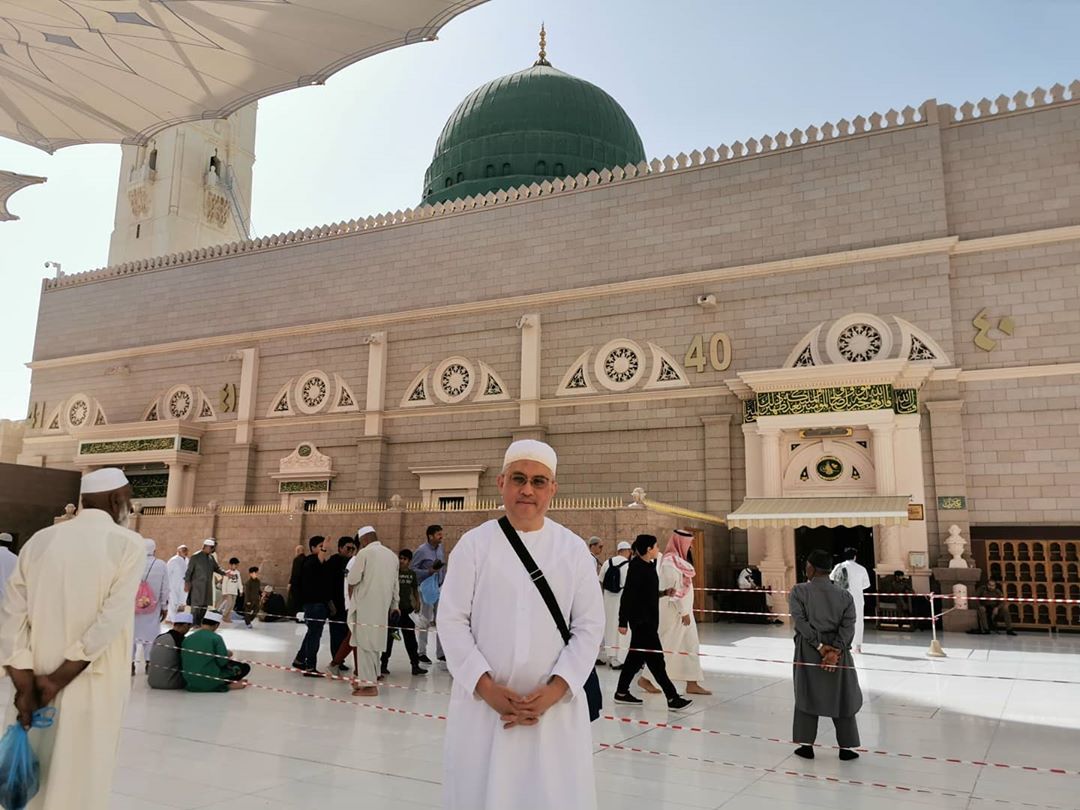 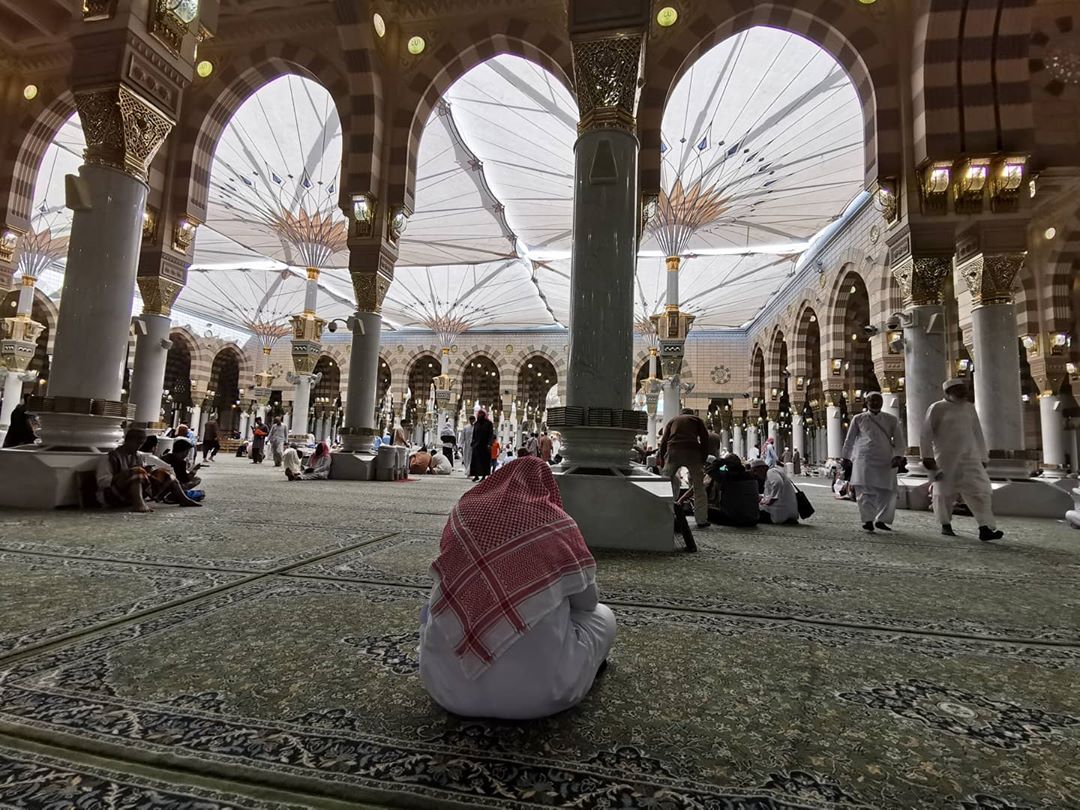 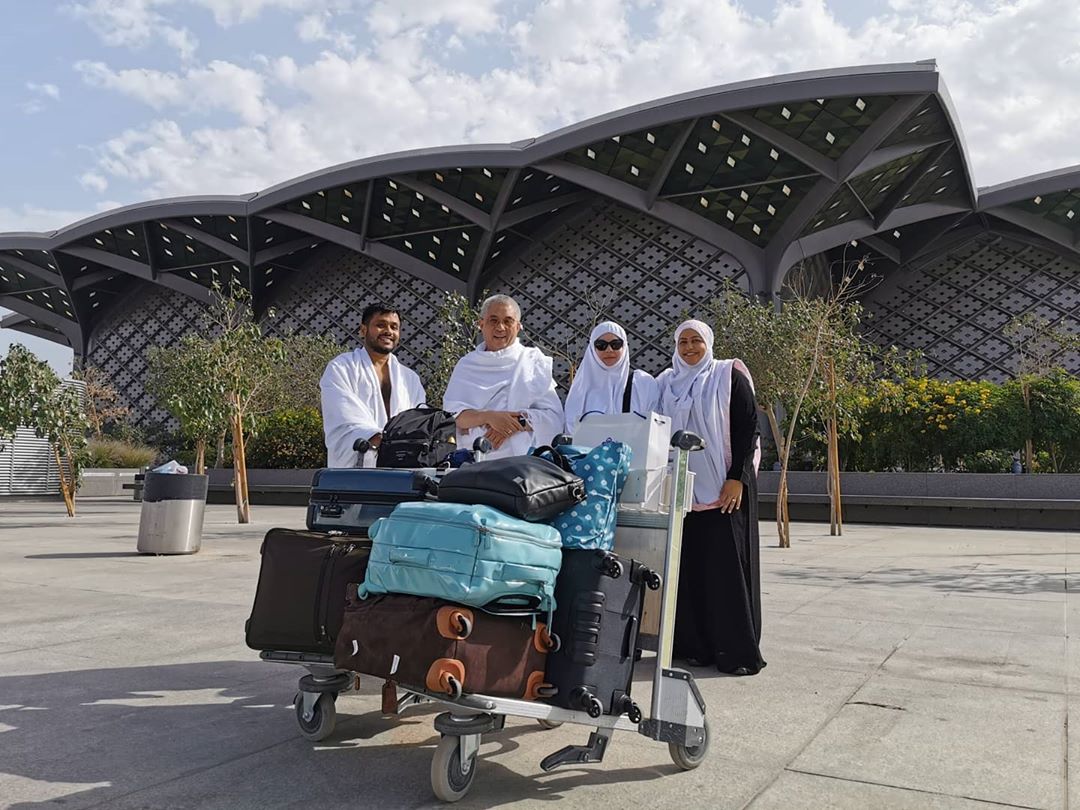 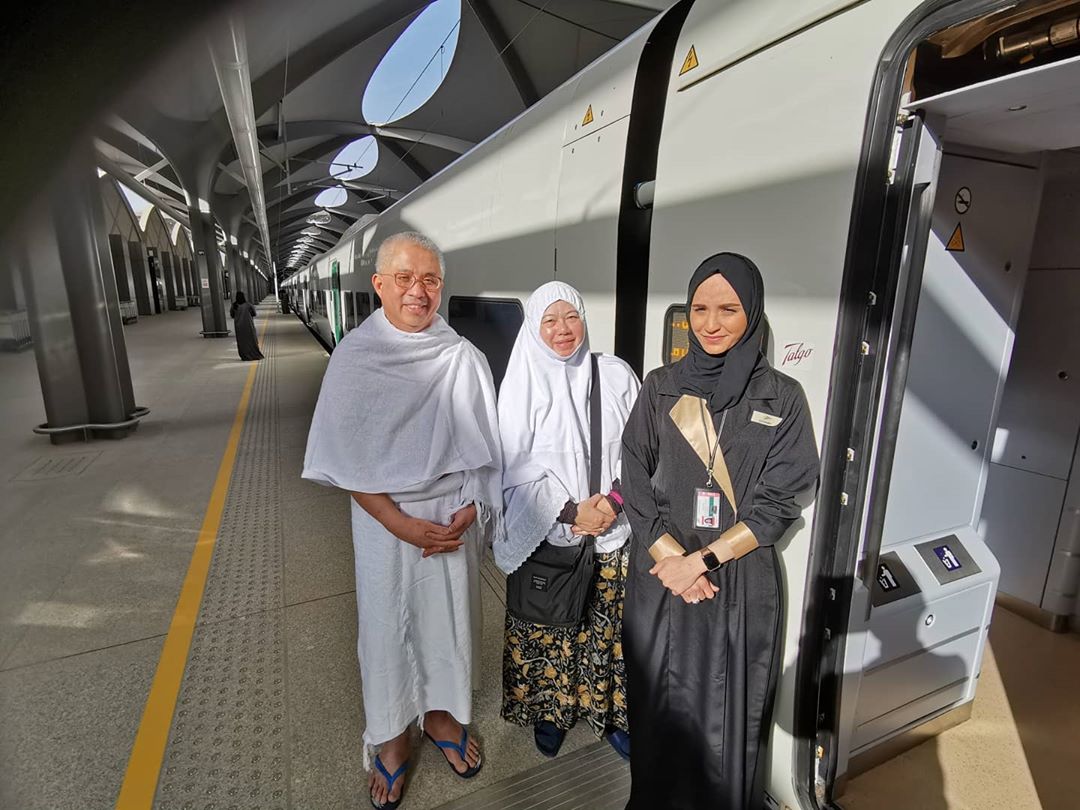 A belated post: a week ago we took the Haramain High Speed Railway from Madinah to Makkah. About two years old, the second time we took the 453km HSR connecting the two holy cities. Running at up to 300km/h it takes about 2.5 hours, faster than the 4.5 hours or so by GMC but hotel door to hotel door, it is not that much faster and runs within the 350km/h that HSR can do.

But it’s a much more pleasant way to enter Makkah, in ihram, chanting the ancient prayers in such a modern piece of engineering. Madinah itself, Al Munawarah, ie the Radiant, as the city of the prophet pbuh, remains a calm oasis of order, learning, reflection and illummination. Of all the mosques in the world, this is the one many feel most calm and reflective, even in the scrum to get to the hallowed green carpets of the Raudhah, the small area between the home of the prophet and his pulpit (mimbar) in the prophets mosque.

Ali Shariati, in his classic book on The Haj aptly described that Makkah, with all its intense and emotional struggle to fulfill the rites of the pilgrim is in many ways representing what the world is: chaotic, testy and primordial. Madinah on the other hand is what the world ought to be: orderly, calm and illuminated. Both symbolically and actually, the hijrah or migration indeed happened as a critical watershed on Islamic history, as the prophet saw moved from Makkah to Yathrib (present day Madinah), from preparation to actualisation, in 622 AD, and the year is also marked as the first year of the Islamic calendar as the first year of the Hijrah.

The metaphor and significance of journeys is oft repeated, and the ziarah and the umrah is indeed a physical pilgrim’s progress within the bigger spiritual journey. And reading Ibn Batutta’s epic 26 year travels of the 14th century, along the same route on much different vehicles was also a poignant journey accross time. A friend also recently taught me of an Arabic saying; “Choose the neighbour before the house, and the companion before the journey”. Thank you to Mas, Hamdan and Adiba for being great travel companions! Alhamdullilah 🙏🕋❤️. #kretapikir #zikirfikir