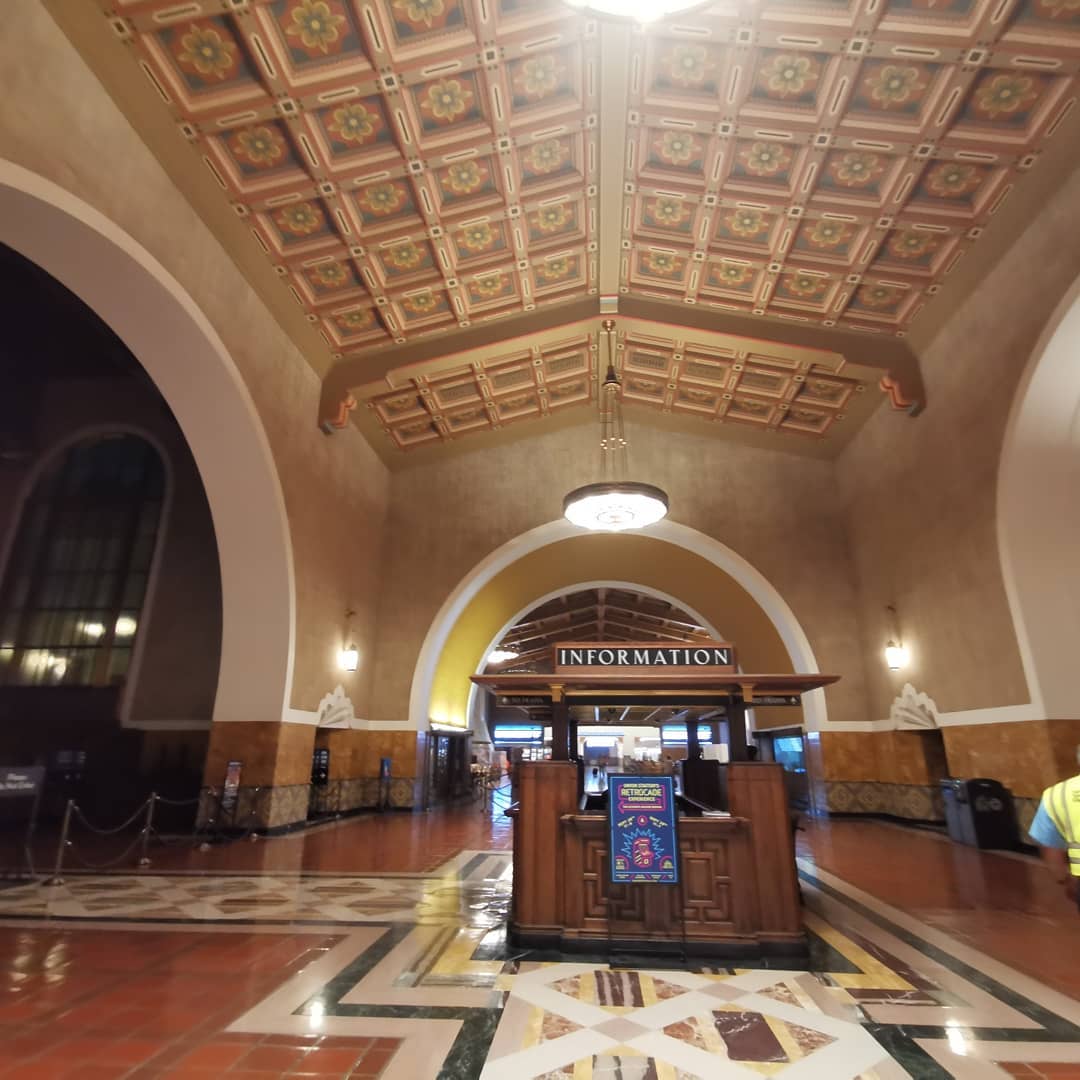 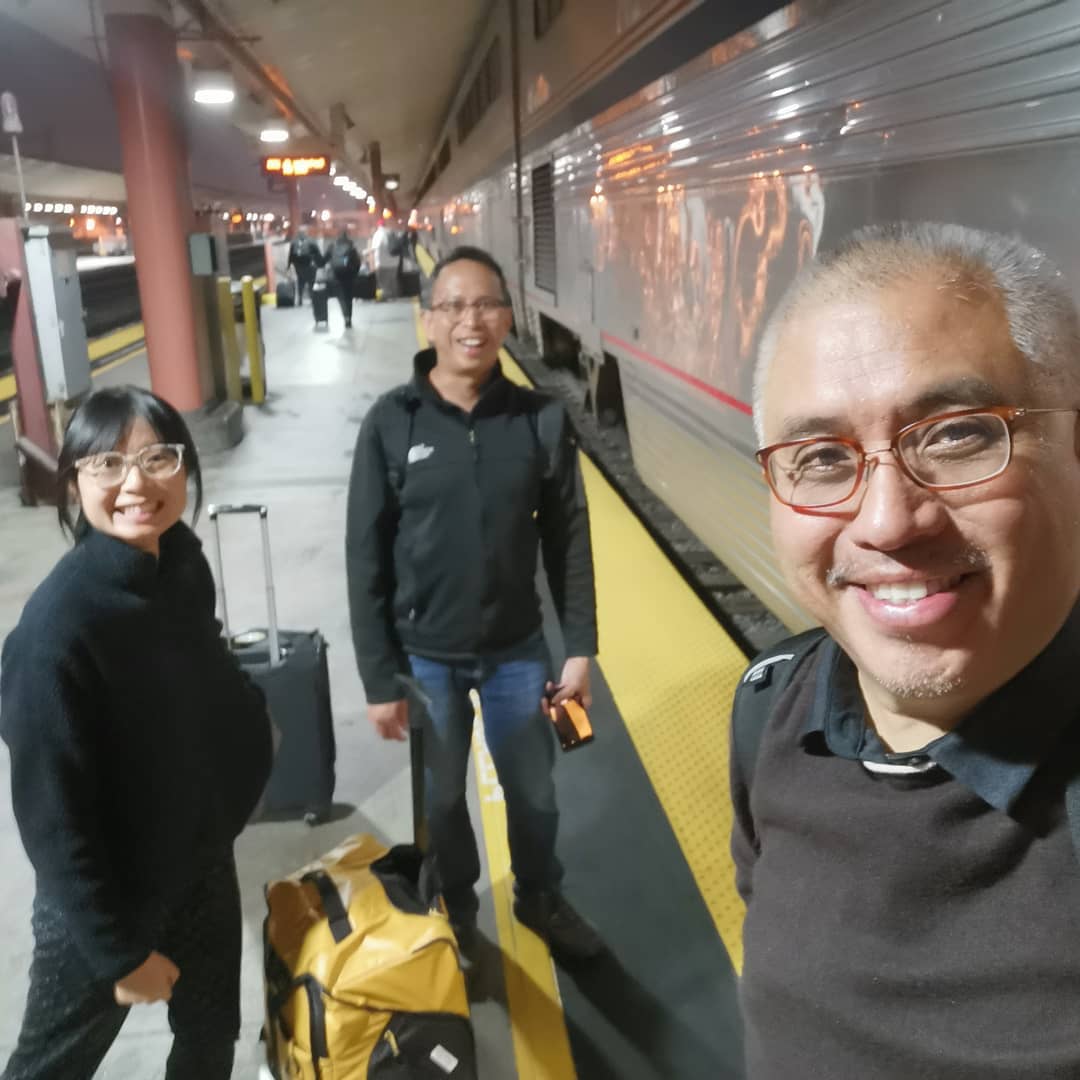 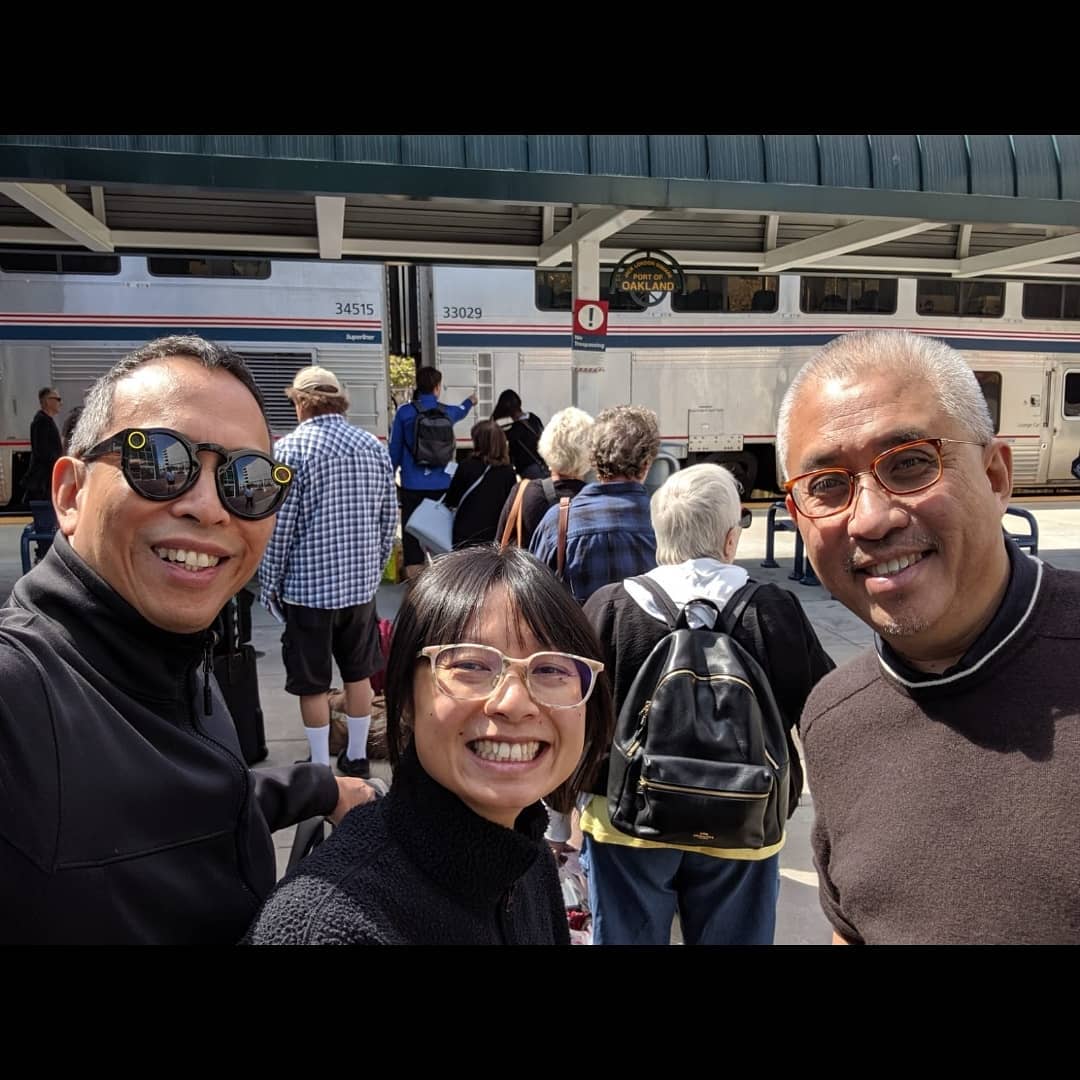 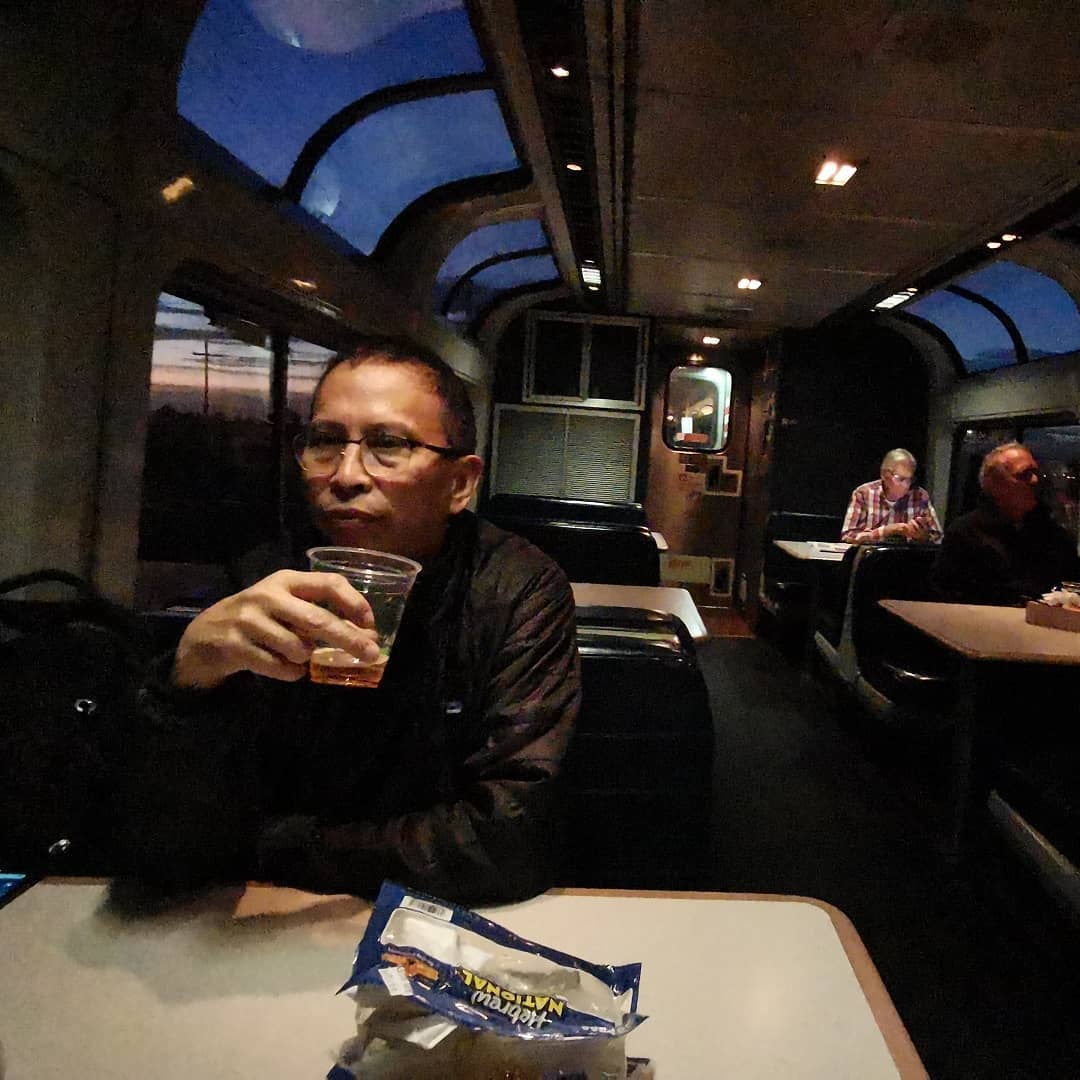 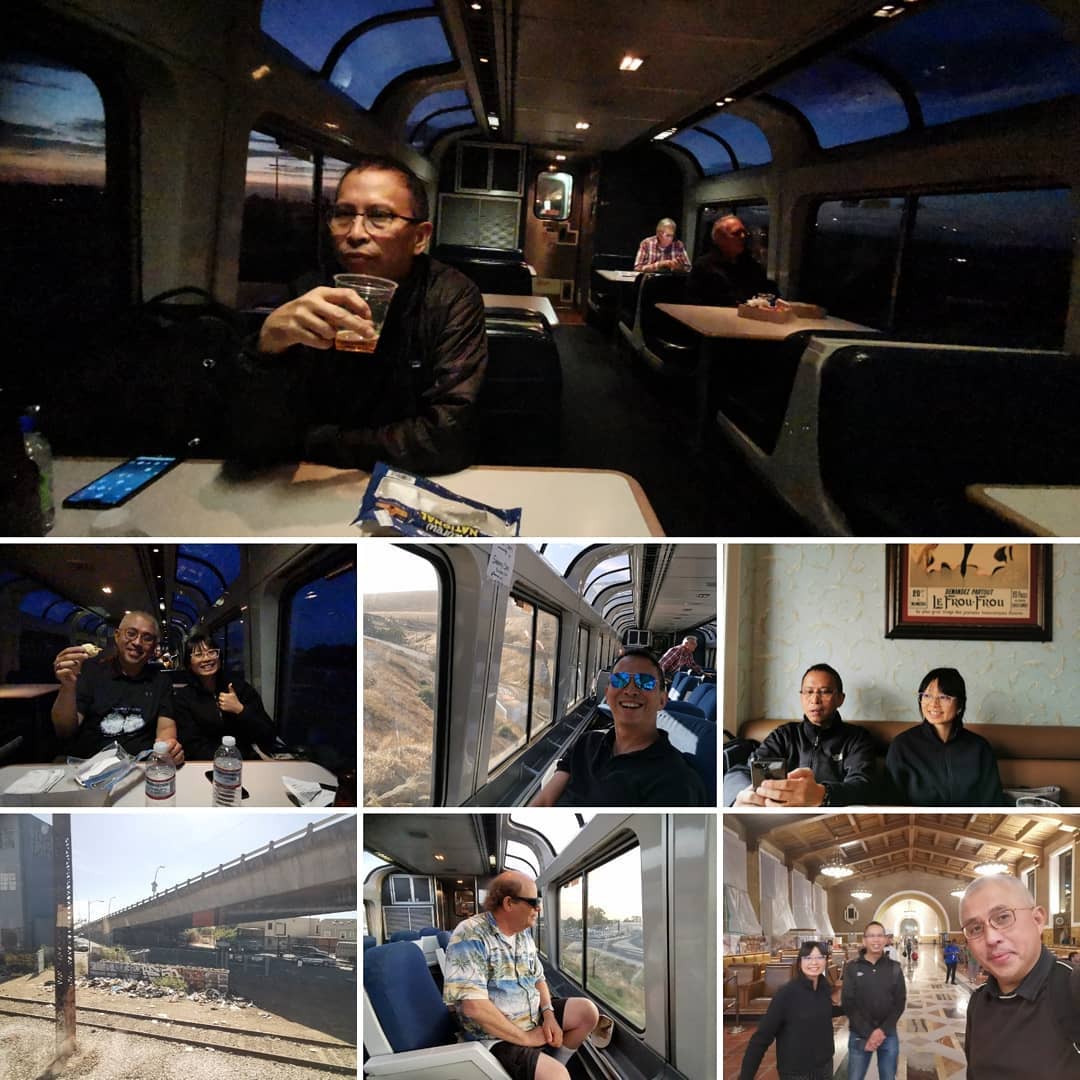 Day 64, 15th September : Oakland CA in the Bay Area to Los Angeles CA on the Coastal Starlight Express. Except that it would fail the Trade Description Act! It did not do the coast (due to maintenance it took the inland freight route), was anything but Express (what was supposed to be 11 hours became 19 hours in the end, arriving at LA’s Union Station at 2am), and there was just a little bit of moonlight, no starlight! We were told not an abnormal day at the office of Amtrak!

Its one of the great mysteries that the nation that first gave us the great transcontinental railroad can’t seem to or just won’t upgrade its crumbling infrastructure. This turned out to be the worst delay in all the 77 trains on KK 2019. Thankfully, had great company with Shahril and Theresa and the great train buff and Amtrak retiree, Herb, who regaled us with fascinating amounts of train history and trivia. There was even time to learn from Shahril – who was literally a rocket scientist when he worked for NASA) a bit about Einstein’s theory of relativity through his famous train experiment!

Yet, the Hyperloop One meeting the following day showed us some really serious people pumping really serious money on Elon Musk enabled open source plans for Hyperloop that could, in theory, see that 19 hours from SF to LA cut to 35 minutes at more than 800 mph. Even better, Space X and others are racing to do LA to Singapore in maybe 35 minutes! Basically they look to send passengers into space, let the earth turn on orbit, then shoot the passengers back down to Singapore! Virgin’s Hyperloop One is now targeting a 2024 operational launch, that’s like 5 years away. But then again, I would be conflicted, while speed is great, i also want to watch the big surf roll slowly by on the Pacific Coast! 🏖️🎇🏄‍♂️#kretapikir

Next: Silicon Valley and Los Angeles