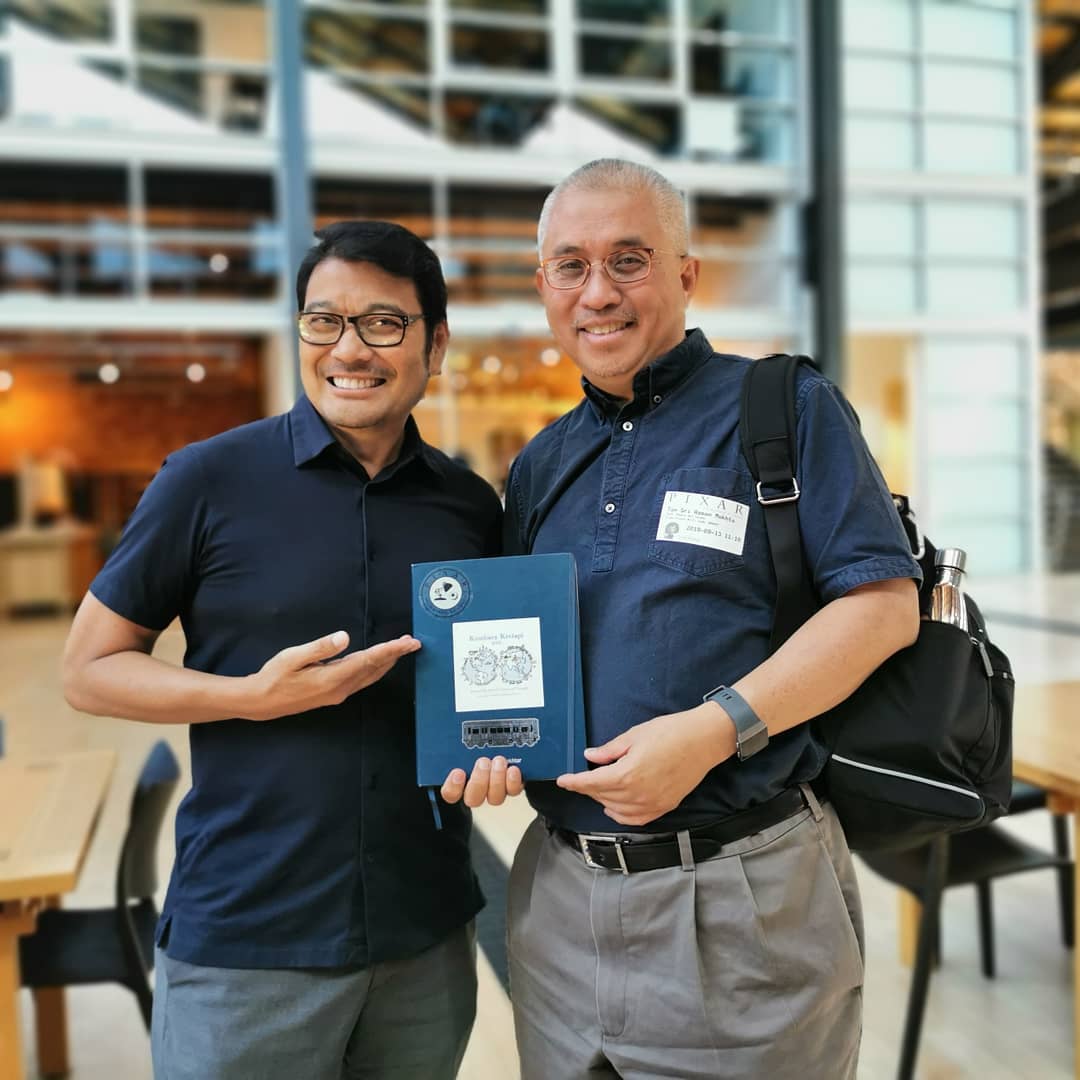 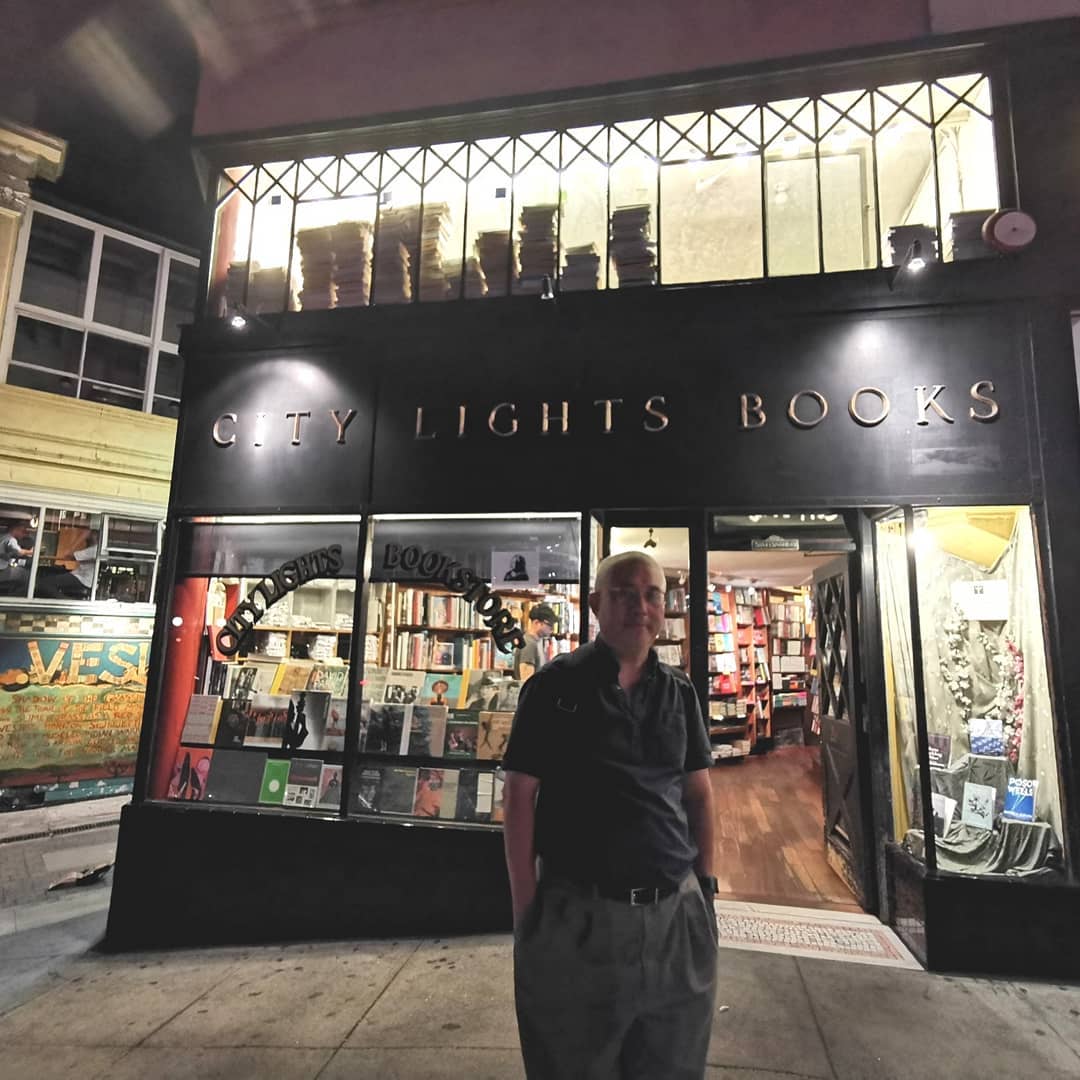 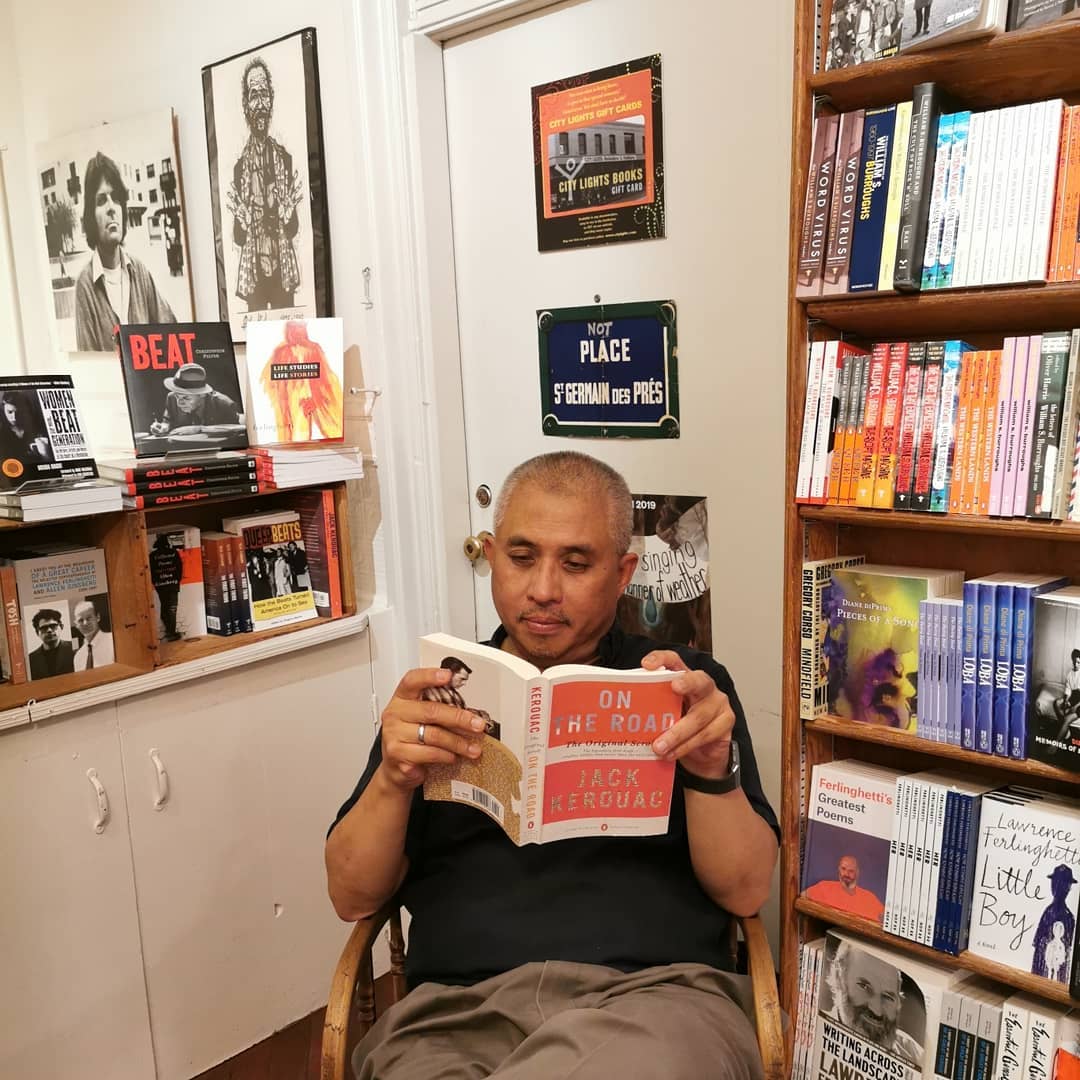 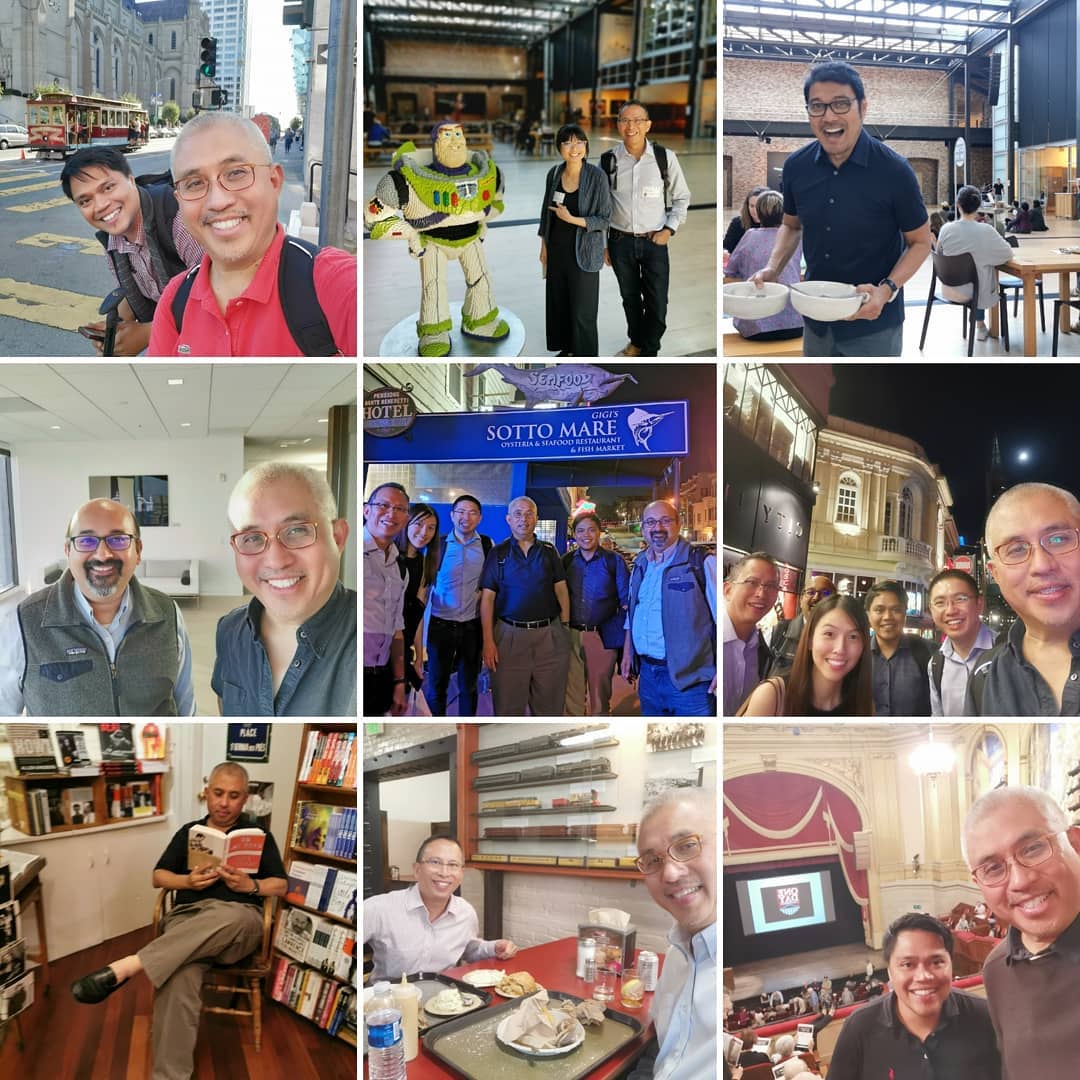 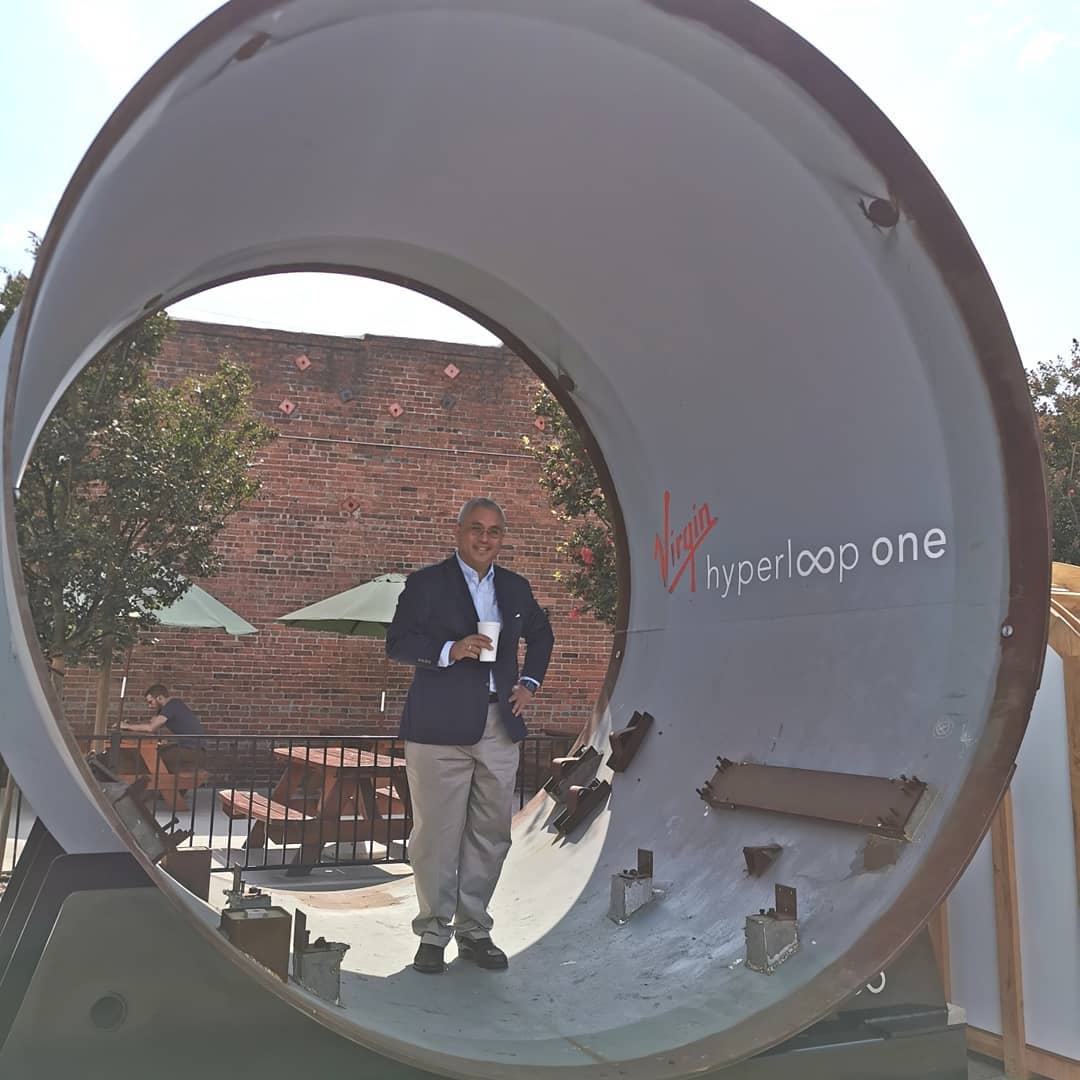 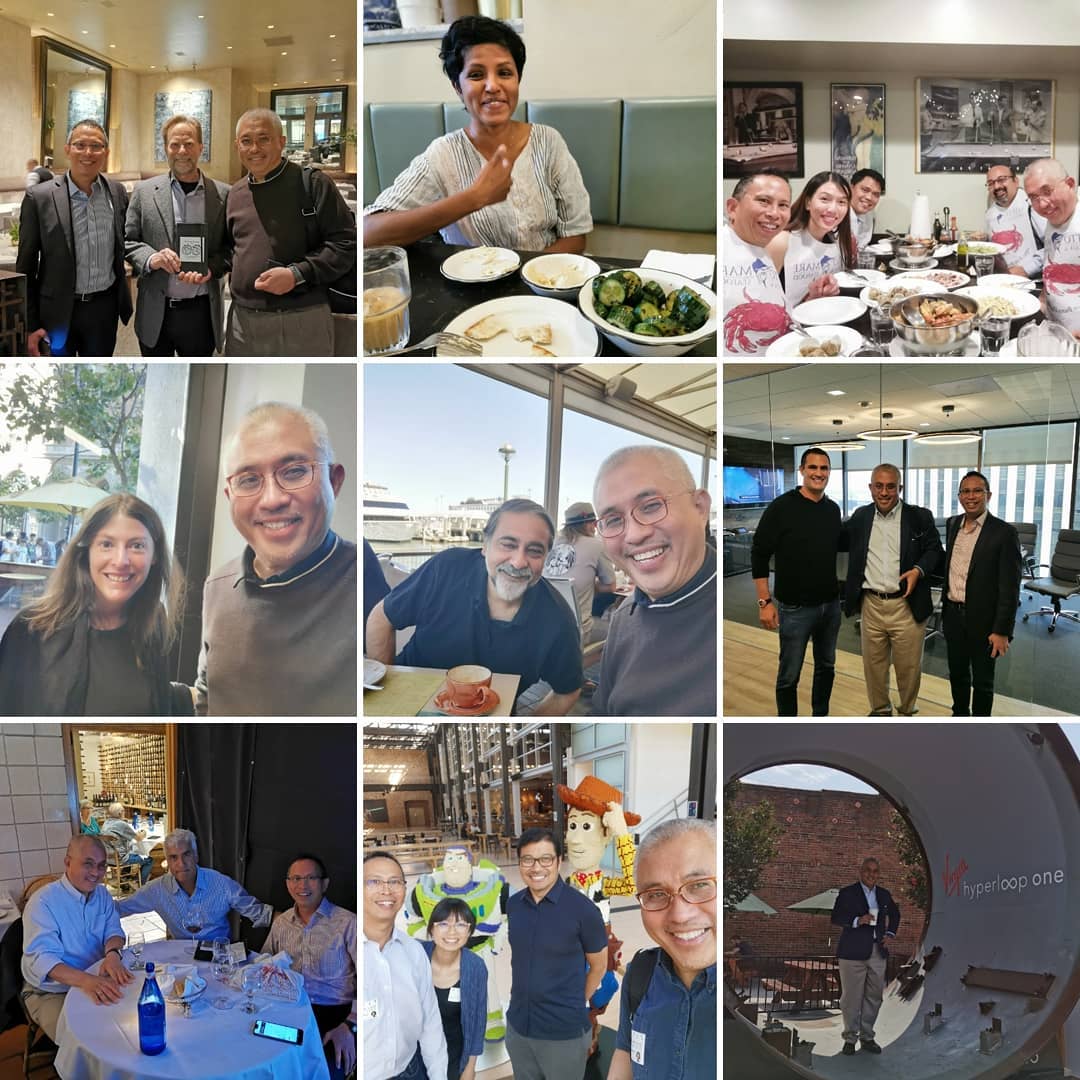 California and the West Coast : San Francisco, Silicon Valley and Los Angeles, still the greatest talent magnet in the world. If California was a country with its 3 trillion USD GDP, it would be the world’s 5th largest economy (behind rest of US, China, Japan and Germany). Over 13th to 16th September, days 62 to 65, it was a great chance to catch up with old friends and ex colleagues in SF, the Valley and LA. From top left, clockwise spiral to the middle:
. David Frigstad, Chairman of Frost & Sullivan
. Gaithri, impact investor, KAI Alumni, SF
. KAI team, San Francisco
. Alex Davis, VC investor, LA
. Visit to Virgin Hyperloop One, LA
. Ronnie del Carmen of Pixar, with Shahril Ibrahim and Theresa Mak
. Sumant Mandal of March Capital, VC, LA
. Kat Utecht, Fintech VC and impact investor, SF
. Vivek Wadwha, tech writer, futurist, professor.

Brimming with such a wealth of talent, energy and enterprise. Full of inspirational back stories too, in spite of challengers from the likes of the East Coast, Shenzhen, parts of Europe, the West Coast remains at the leading edge of tech, innovation, creativity, great universities and risk capital… And more importantly the confluence of all that coupled with great weather, diversity and a welcoming, liberal, risk taking ecosystem means its lead is set to continue for sometime to come.

It was this infectious energy that prompted us to open an office in 2013, and KAI has built a trusted and savvy reputation and long may that continue. But all is not well in the digital garden of Eden. Homelessness, opiods, drugs, housing shortage, inequality and guns; if anything it seems to have worsened. Even the shine of the tech giants has dimmed somewhat – Robin Hood has become robber baron in many areas as public and regulatory backlash builds up against Big Tech. Some valuation bubbles too. Still, the energy and ingenuity of the West Coast and the Valley should not be underestimated. One always gets inspiration on the road out west. This time round, the luminosity of Pixar, the grit of VCs, audacity of Hyperloop and seriously impressive impact investors spells more hope than hype. Bravo! 🙏🎈🎸💡💪#kretapikir