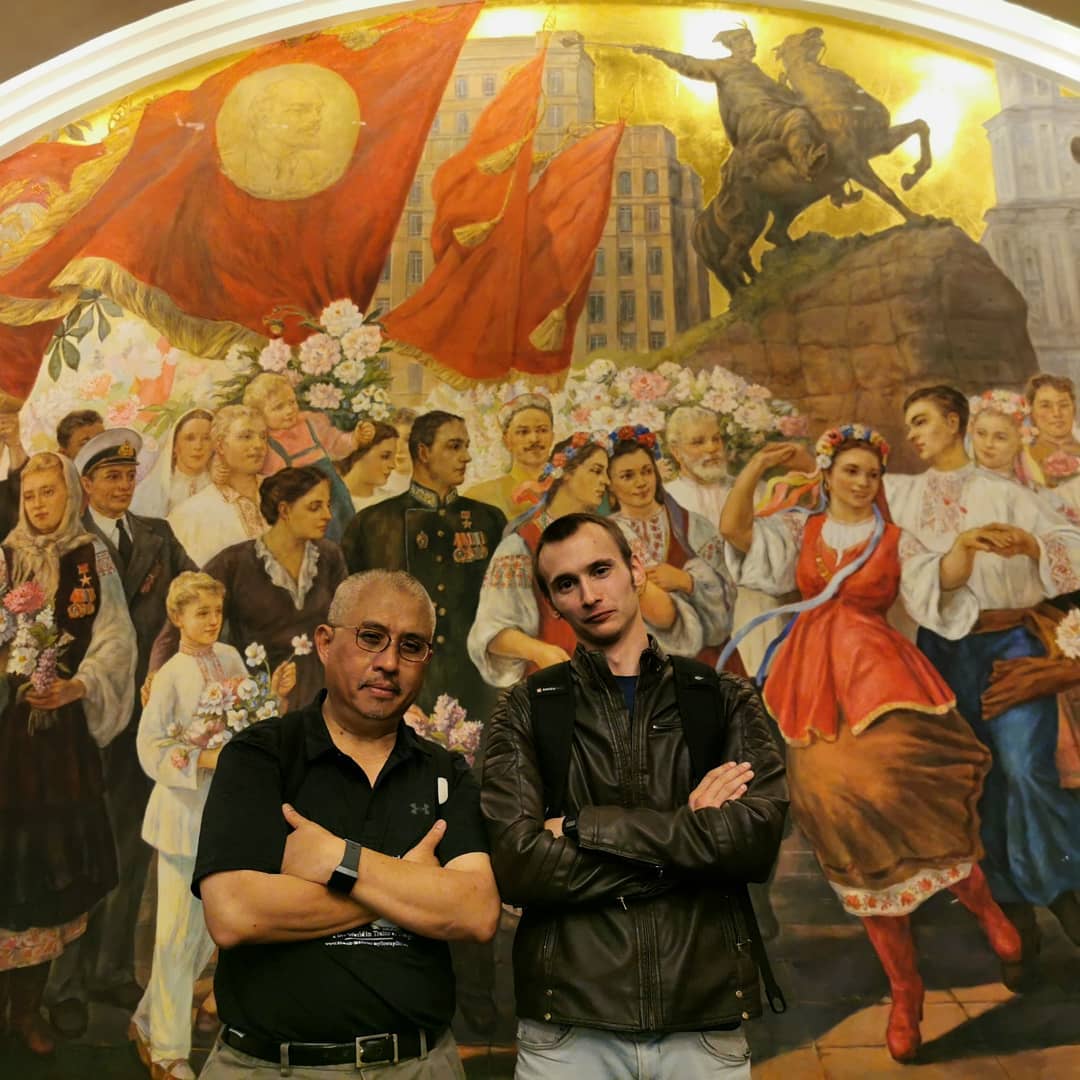 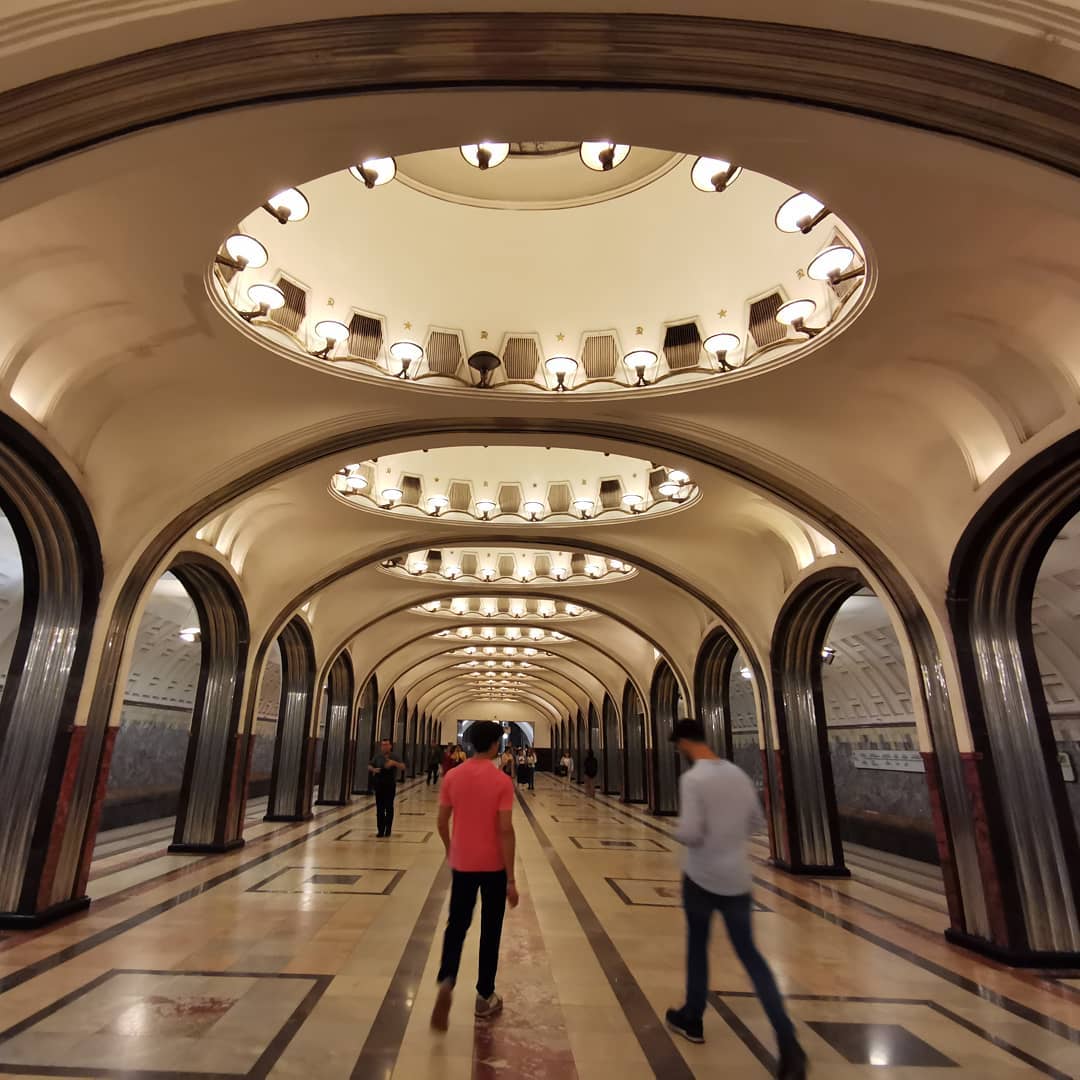 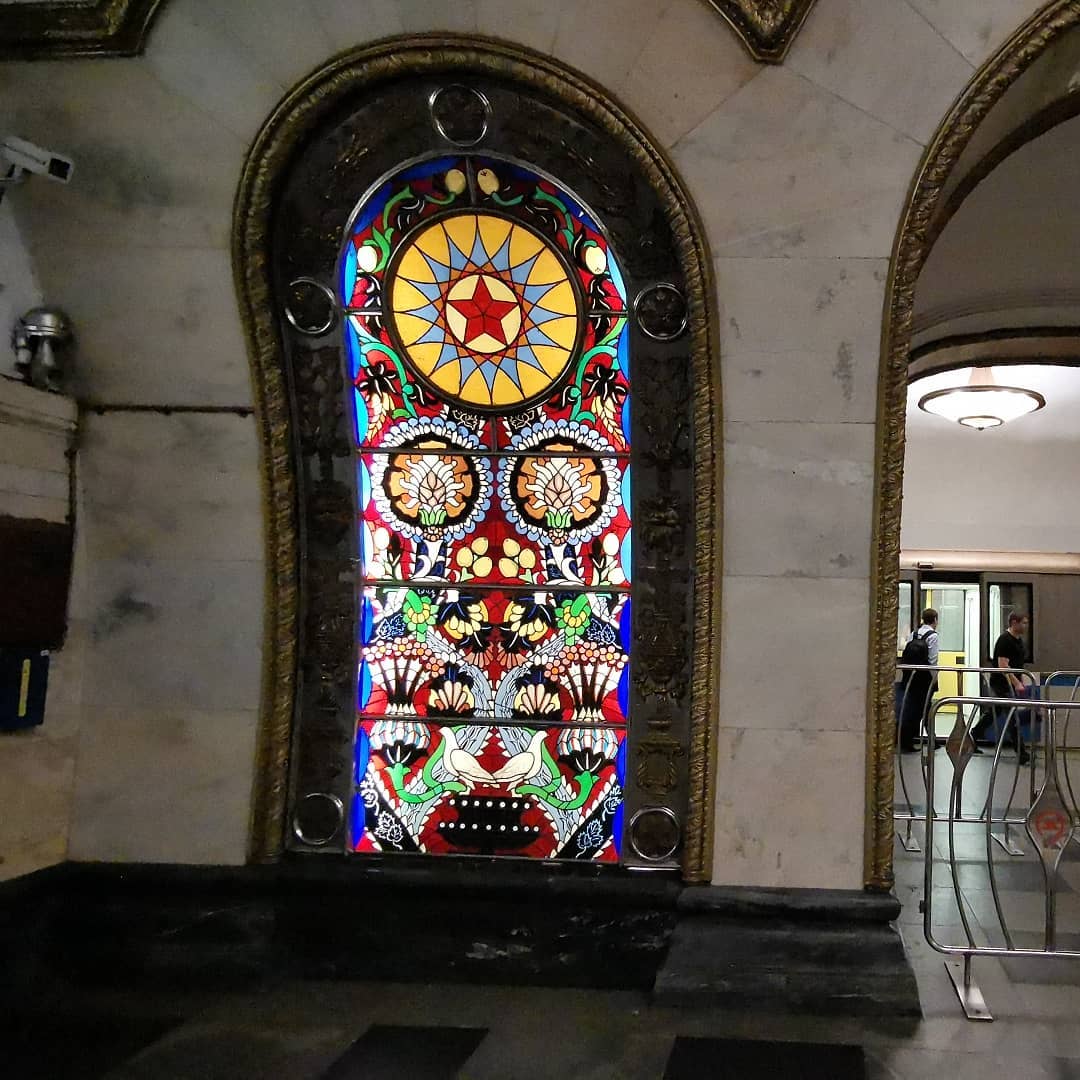 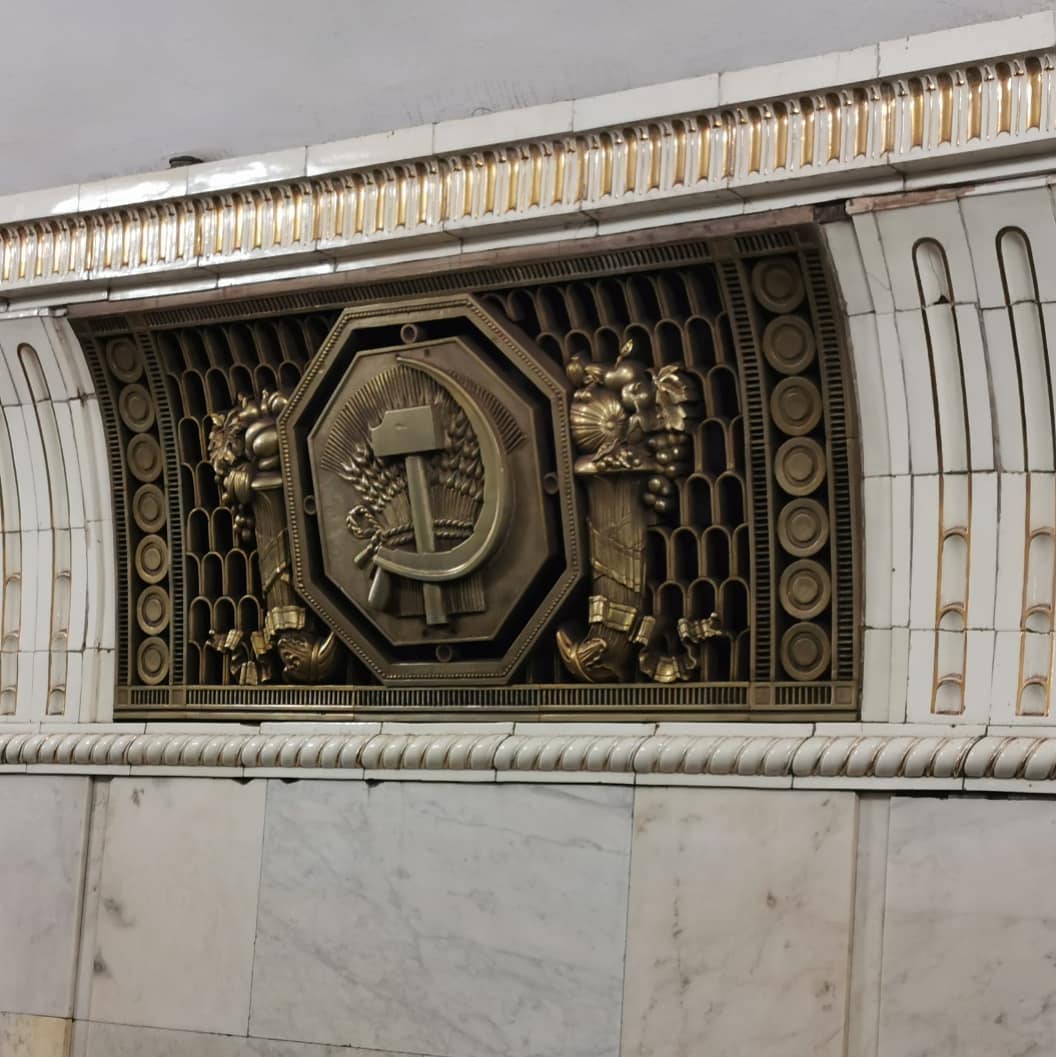 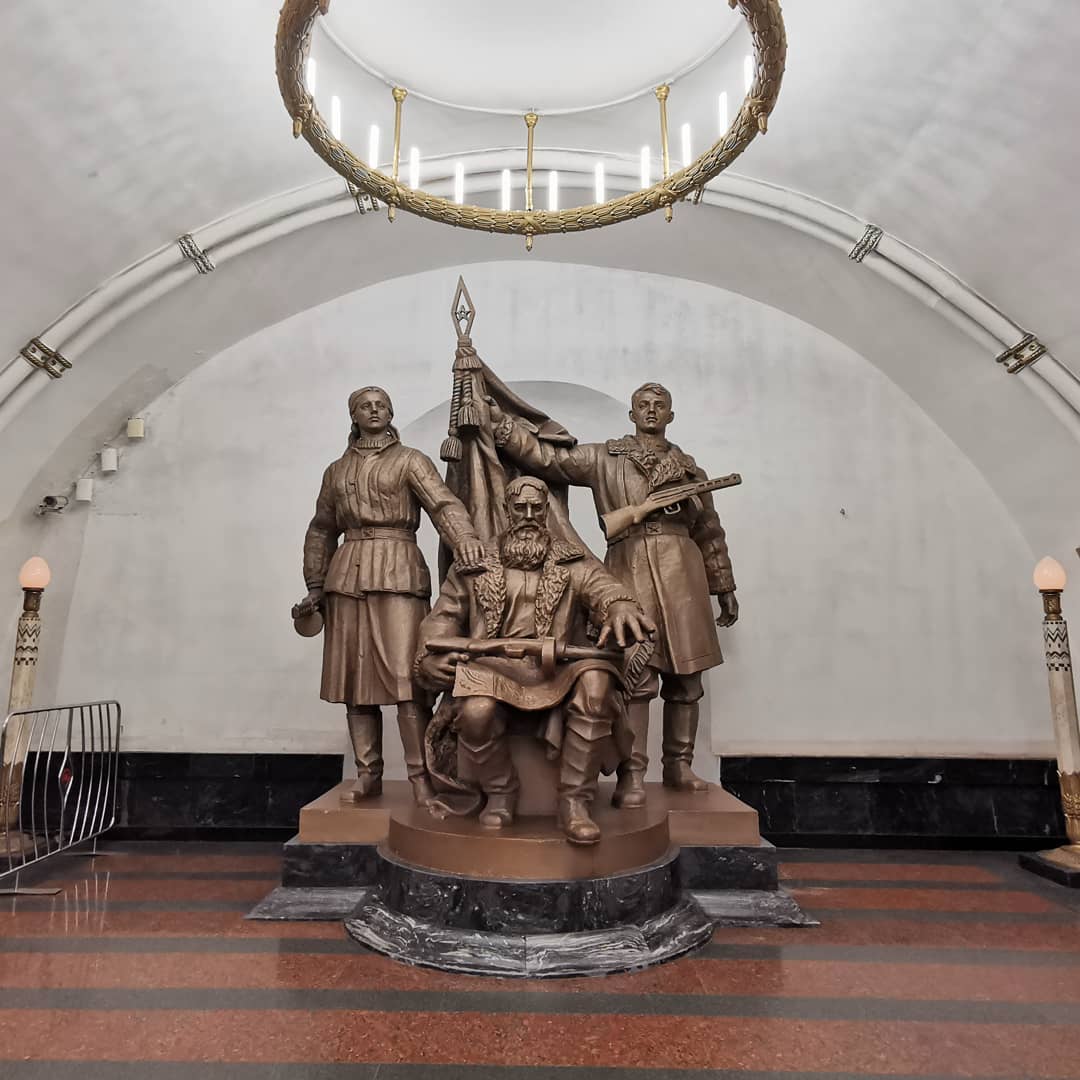 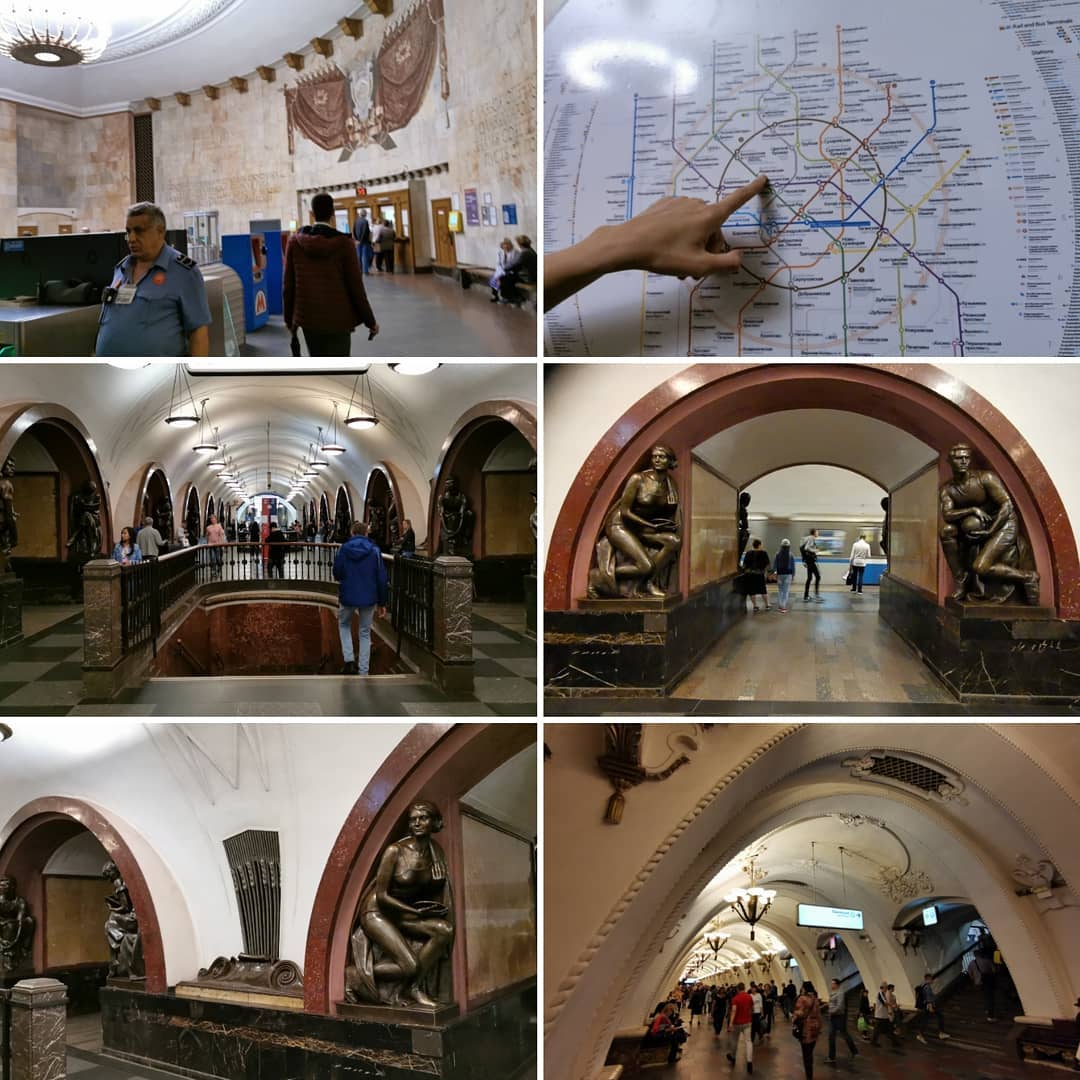 Commuters and Artists of the World Unite!…Scenes from the most beautiful metro system in the world! For 55 roubles (less than 1 USD) you can spend a whole day visiting the 223 metro stations in Moscow, some 40+ of which has reportedly been designated as national treasures. Envisaged by Stalin to be “subterranean palaces of the people”, they are truly stunning pieces of Soviet era art. What a fitting backdrop to the movable drama that unfolds daily in the nine million commuters of Moscow who use them.

Each of the treasured station are like mini museums and has an art and design theme relevant to the station, for example the Ploschad Revolutsi Station – (Revolution Square) celebrates the Bolshevik Revolution with 76 bronze statues of everyman Soviet workers, peasants, sailors, engineers, doctors, factory workers, sports men and women, and even dogs, ordinary heroes of the October 1917 revolution in sculpture.

Wish we had the whole day but had to make do with 90 minutes. Managed to squeeze about 7 or 8 of the highly recommended ones, mostly along the circle line. Legend has it the Kolsetvaya circle line was designated brown because that was the silhouette from Stalin’s coffee cup over the draft plans! And the punchline is no one knows for sure as no one dared to ask Stalin 😂😬😱! The idea that art and essential public good can come together in such an uplifting fashion, perfect union of form, function, beauty and utility was such a privilege to experience… And that its done on the tracks of urban trains is also a serendipitous discovery for Kembara Kretapi. Alhamdullilah. 🚂🙏❤️ #kretapikir