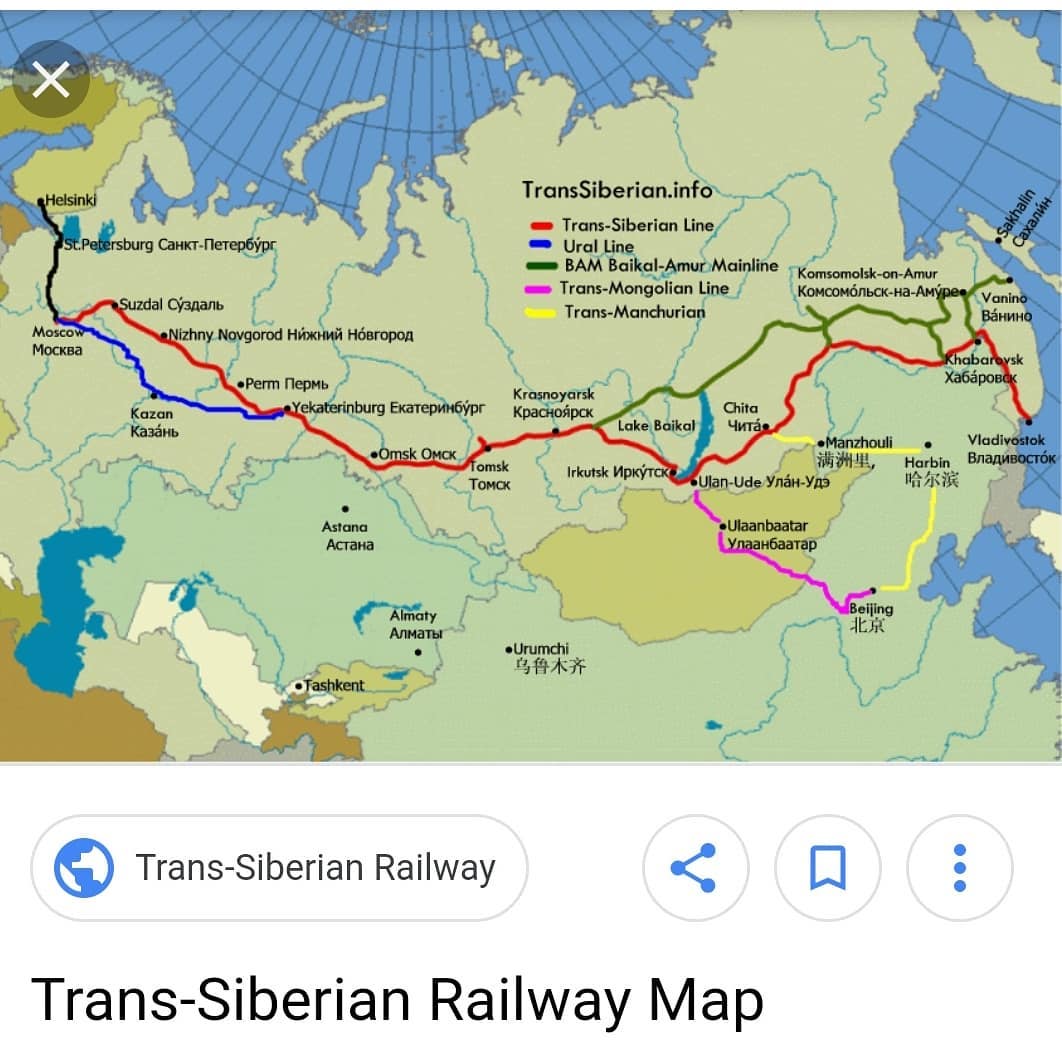 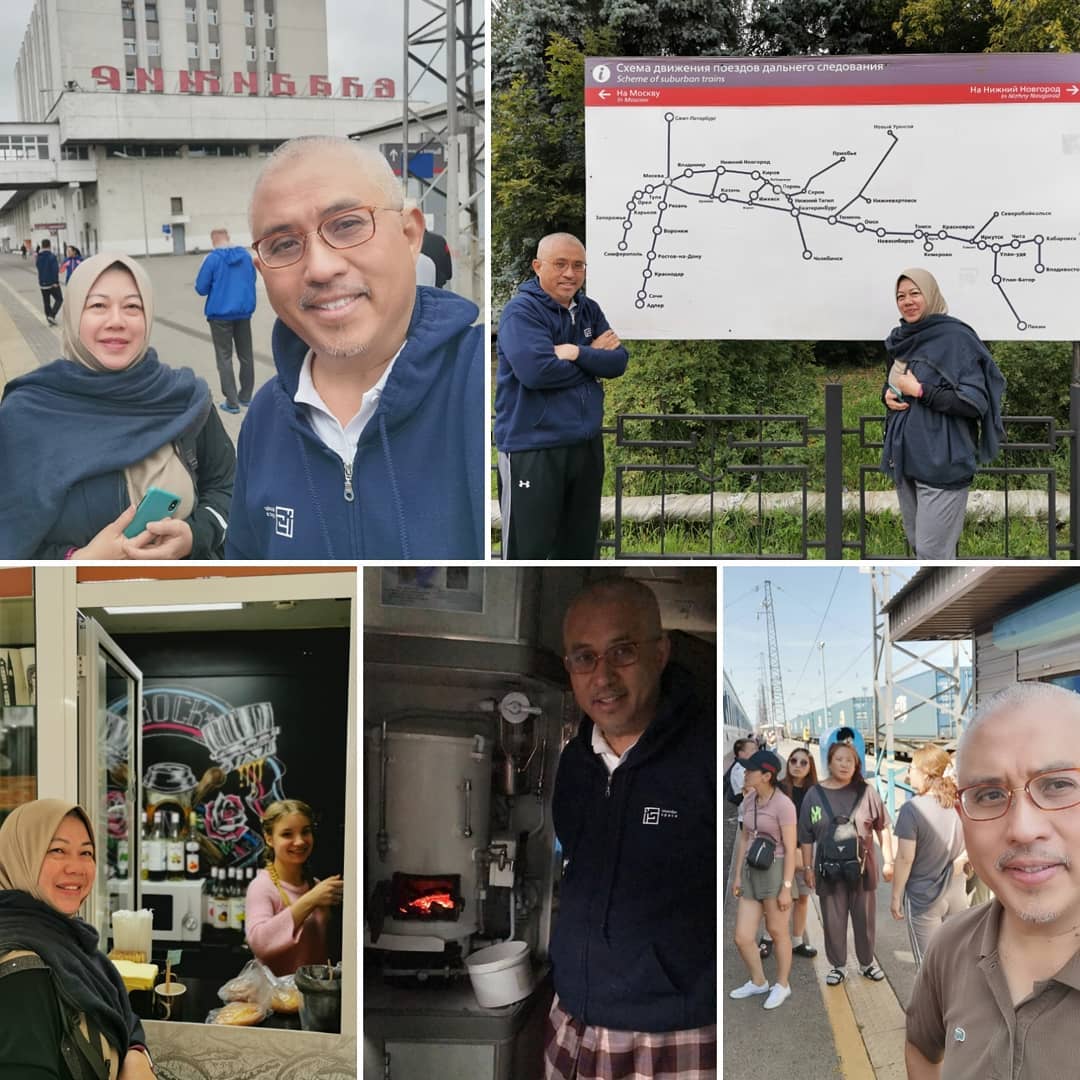 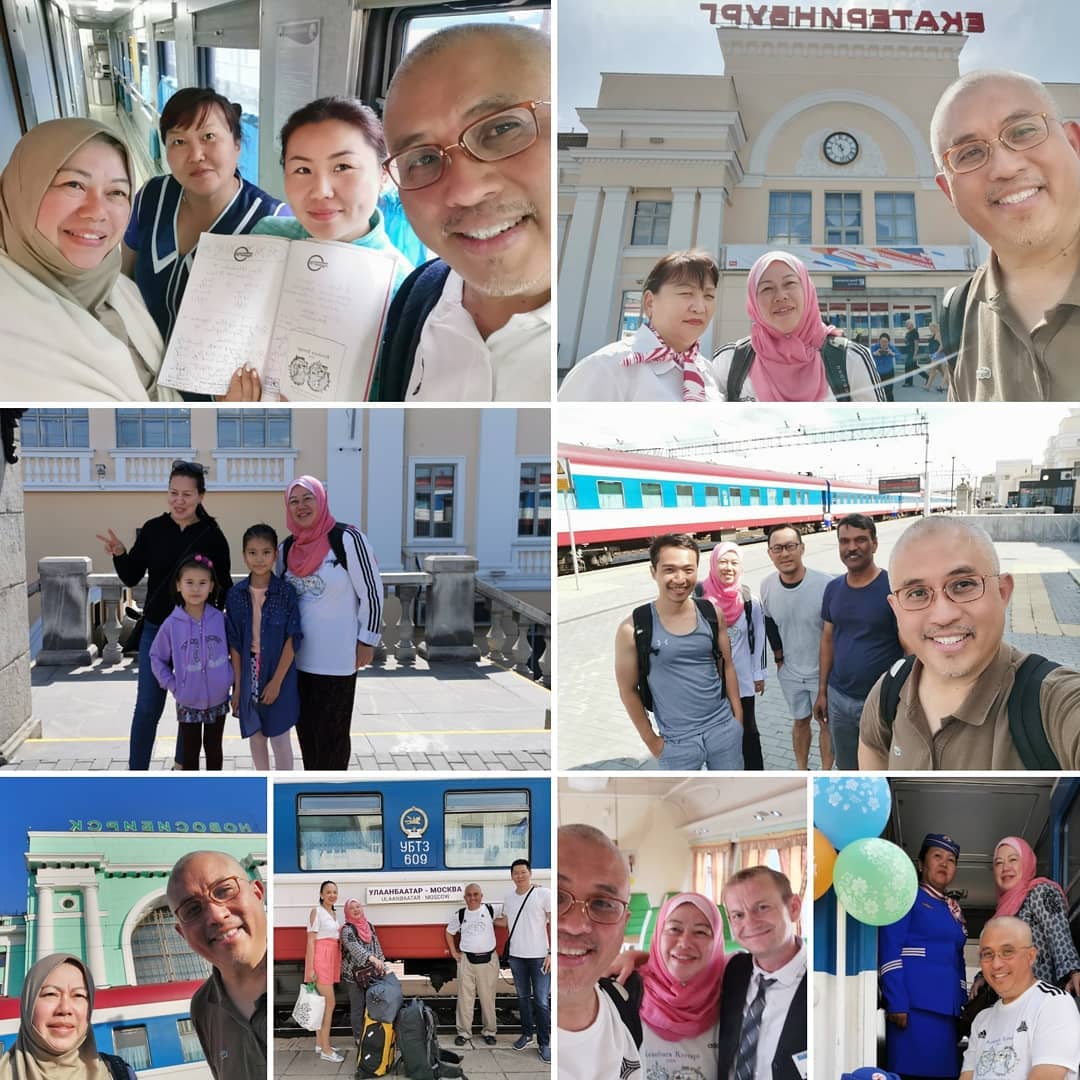 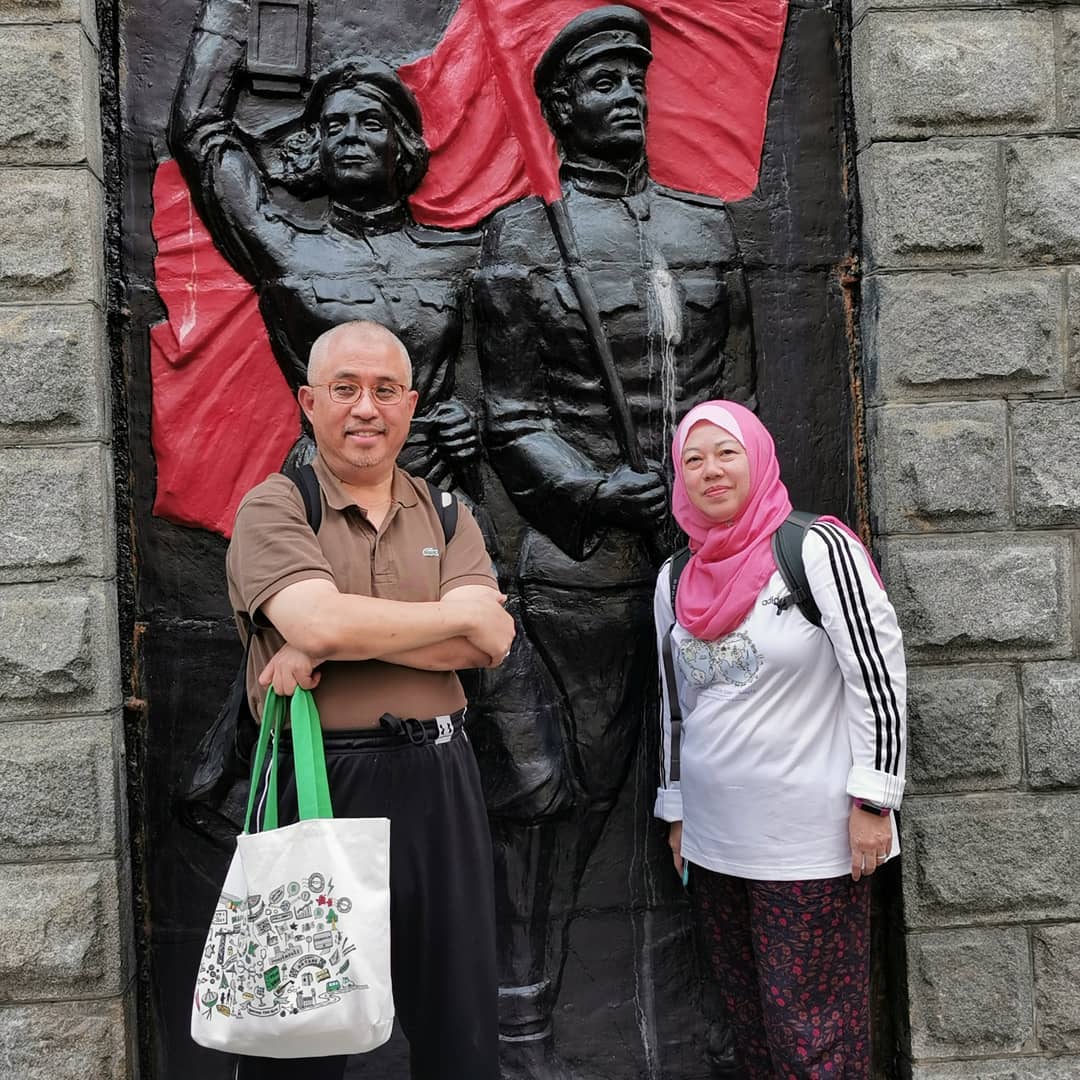 Epic. The mother of all trains! 💪 The Trans Siberian Railway is universally recognised as the big kahuna of trains, the bucket list standee and Soviet and now Russia’s strategic artery all rolled into one. 9,829km accross 8 time zones and 8 days in its longest form, Moscow to Vladivostock, surprisingly is not the longest single train service (Kiev-Vladivostock and Moscow-Pyongyang is longer). But both these lines only exist in the embrace of Mother Trans Sib. 3 main incarnations of the classic Moscow to Beijing route, via Vladivostock, the Trans Manchurian and the Trans Mongolian via Ulaanbaatar. We took the last at about 9,000km from Beijing to Moscow with a 3 day stopover in UB. UB to Moscow, at 99 hours, days 21 to 24 accross 5 time zones was the single longest leg of KK 2019. Always a bit of a lottery, we left UB in a festive mood with balloons to celebrate Mongolian Railway’s 70th anniversary but quickly dampened when we discovered there was somehow no air cond on trains that seemed almost as old as the anniversary! Siberian forest fire, bad air quality, and sweaty no showers left us with long faces under the face masks on day 1. Thankfully things lightened as temperatures dropped and winds blew in our favor away from the forest fires. The beautiful views along Lake Baikal also lifted our spirits. Wassily in the buffet car helped tremendously (batshit crazy M Daud Kilau music and Nasyid for us 😂, dunno how!), and after day 2 and 3, as the vistas turn into a repetitive (some say meditative) tiaga scape, and the Soviet era gulag towns begin to look the same, some strange behaviour begin to happen! From anagrams for Trans Siberian (am sure we can do better than Insane Brit Ars or I Tan Sri Beras 😳), to spontaneous dance breaking out in the buffet car! Finding the secret shower also helped 😜. The Russian coat of arms retains the two headed Eagle and astute observers say its because the breadth of the world’s largest country needs to span East and West. The Trans Siberian remains the key spine to the E-W axis, from the time it completed in 1916, the last of the grand tsarist projects, and perhaps in Putin’s neo-imperialist revivalism too. #kretapikir. 🚂🕺🙏